An experienced real estate finance and technology executive, Cloudvirga Co-founder Kyle Kamrooz has experience spanning all areas of residential mortgage lending, from wholesale to retail and from direct-to-consumer to correspondent lending. He also has more than six years’ experience in fintech, product development and SaaS development. 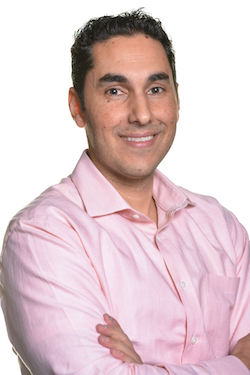 By age 25, Kamrooz built one of the largest direct-to-consumer mortgage lending companies in Orange County, California. He went on to expand his next business venture, Sage Credit, into a nationwide mortgage company that processed more than $7 billion in loans yearly and employed more than 500 employees in branch offices nationwide.

Kamrooz witnessed first-hand the massive inefficiencies of the home-loan process for both consumers and lenders. He recognized that the mortgage industry was lagging behind other industries in harnessing workflow automation and raw data.

Since founding Cloudvirga in 2015, Kamrooz has continued to guide the firm’s success as its chief operating officer. In the last 12 months, he has forged technology partnerships with some of the industry’s most innovative service providers, including FormFree, Docutech, Mercury Network, Equifax and ClosingCorp. He also raised $15 million in a series B funding round led by a BlackStone Group portfolio company in April 2017.

Kamrooz serves on Fannie Mae’s Technology Advisory Board and is an active member of the Mortgage Bankers Association, serving on several regulatory committees.

“My mentor always coached me on the importance of having grit. For me, grit means having the passion and perseverance to achieve my long-term goals. I’m also someone who is willing to think outside the box and who is not afraid to get in the weeds.”