Under Matt Humphrey’s leadership, the past 12 months have been a time of substantial growth for LendingHome. The company announced a new infusion of $56.6 million in equity, which brings its total equity raised to $166 million. 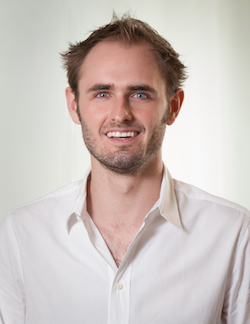 That announcement came on the heels of another major milestone: LendingHome’s loan volume surpassed $100 million per month earlier in the third quarter. Fueled by phenomenal growth, the company is on an annual run rate of over $1 billion.

Prior to founding LendingHome, Humphrey founded and sold e-commerce platform HomeRun when he was 22 years old and successfully exited for north of $100 million less than 18 months after it launched. LendingHome is his seventh startup. Since 2005, he has built companies in the spaces of advertising, consumer Internet, social games, P2P content delivery, retail analytics, and more.

Humphrey began college studies at Carnegie Mellon at the age of 13 and went on to receive a degree in computer science, as well as an MBA.

Along with steering the helm at LendingHome, Humphrey is an active angel investor who has invested in more than 100 startups since 2012 including many notable Silicon Valley successes. In this role, Humphrey regularly mentors startup founders, and he is often heard telling these aspiring tech CEOs to “work hard, go big, and play to win.”

“The world doesn’t owe you anything.”