During the past year at loanDepot, Dan Hanson was promoted from executive vice president of national production to chief retail production officer. With this promotion, Hanson now leads the development of the company’s retail production team. Hanson is driving the team to achieve its uncompromising mission to become a top lender of choice in America. Hanson is responsible for leading the sales organization and overseeing the company’s plans to increase its retail footprint while expanding the scope of origination opportunities nationwide. 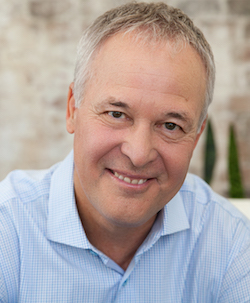 In 2017, Hanson’s distributed retail team will fund more than 40,000 mortgage loans, exceeding a total of $12 billion. His team consists of more than a thousand loan consultants and is on target to achieve more than 85% in purchase loans. Hanson is also responsible for more than 200 lending stores across the country.

In addition to his leadership in the lending industry, Hanson serves as an active board member of several national nonprofit organizations, including the Forum of Christian Business Leaders, HomeAid America, Free Wheelchair Mission and the University of Redlands’ Global Business. Hanson is also a member of the board of trustees for the California Homebuilding Foundation.

Hanson’s outlook on leadership urges others to look at who they’re allied with. “If you’re a leader of people — and I believe we’re all leaders in one way or another — I encourage you to choose your allies, recognize their strengths (as well as your own) and embark on the journey together, facing down all obstacles and challenges,” he said.

“My father was a POW for three years in Manila during WWII. When I got older, I asked him how he survived such a brutal ordeal. He simply said: ‘When you are going through a really difficult circumstance, keep going! Everyone goes through difficult times, keep moving and hold on to your hope.’”