As the chief information officer and chief strategy officer for Mason-McDuffie Mortgage, Jason Frazier created and continues to lead the company’s digital evolution.

Frazier oversees the Prime Services Group, which covers all aspects of technology, business development, marketing, communications, social media, training and human resources. He designed his group to be the premiere concierge group to support all of Mason-McDuffie’s business channels. 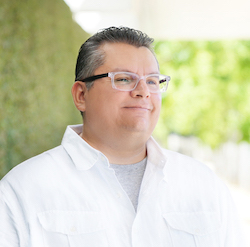 The growth Mason-McDuffie Mortgage has experienced in the last year is mostly due to focusing on mortgage lending for the new era of consumerism and dedication to being different.

“The biggest problem in this industry is complacency and the idea that things do not have to change,” Frazier’s nominator wrote. “Complacency hurts the ability to innovate, which is what we brought Jason here to do. Most don’t have vision to see how different things can be, only what they are. He doesn’t want to improve broken processes; He wants to reimagine the entire mortgage experience.”

Frazier has more than 18 years of expertise in technology startups and venture capital, having previously held senior-level technology positions in Silicon Valley. He joined Mason-McDuffie Mortgage in 2009, was promoted to CIO in 2015 and was named as the company’s chief strategy officer in 2017.

The firm’s founder and chairman, Herb Tasker, believes social media and new technology platforms are the key to the future for the company and the industry.

“Persuading loan officers to change the way they do business is the challenge that Frazier is meeting head-on,” Tasker said.

“To see the whole board. Not only what has happened, what is happening, but also what will happen. Only with a well-rounded vision can you be prepared to tackle the future.”