After hitting a new low in August, new home sales surged in September to their fastest pace in the past decade, according to the latest report released jointly by the U.S. Census Bureau and the Department of Housing and Urban Development.

This sudden increase came much to the shock of economists, who said September would likely see a slight drop in home sales.

“Expectations were for a modest decline in sales as the current sales component of the NAHB’s Housing Market Index slipped in September and purchase applications were down in the MBA’s mortgage applications survey for August,” Nationwide Chief Economist David Berson said, explaining applications tend to be an indicator of sales activity.

However unexpected the news, experts were thrilled, saying this is the news they’ve been waiting to here.

“Now this is the kind of new home sales activity we need and expect to be seeing, especially after what was a pretty weak and disappointing summer selling season made worse by a string of Hurricane disruptions,” Zillow Chief Economist Svenja Gudell said. “And upward revisions to initially reported summer numbers, however modest, only sweeten the news.”

The chart below shows that not only was the increase significant compared to previous months, put it also hit the highest number of sales since at least September 2012. 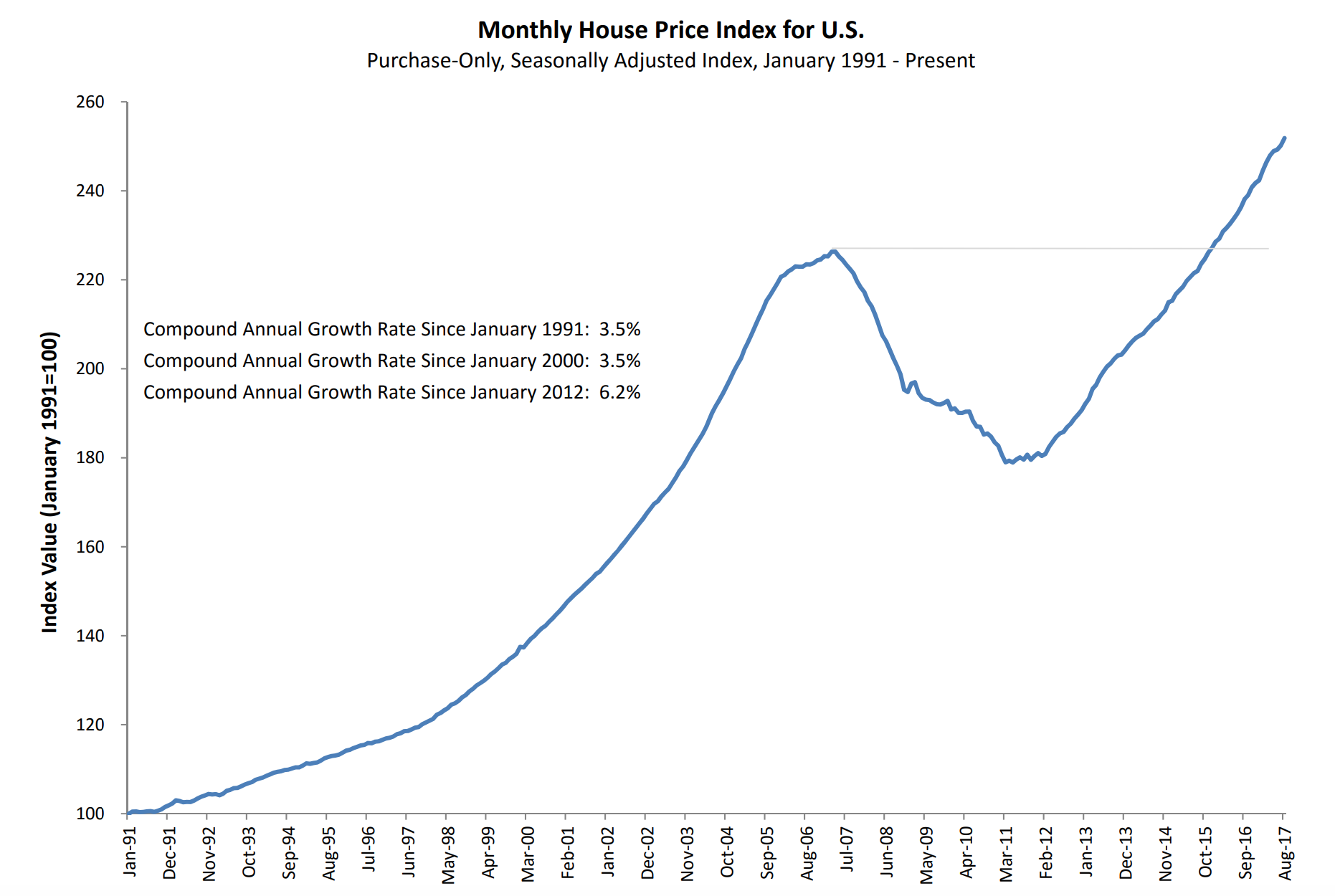 One expert explained the sudden surge could be due to the rebuilding activity in the hurricane disaster areas.

“Newly built homes were purchased at a furious pace last month, potentially driven by accelerated activity in the south following hurricanes Harvey and Irma,” Quicken Loans Vice President Bill Banfield said. “This unexpected surge can help with home inventory which, just a month prior, was at a 20-year low.”

“As owners in existing homes move on to newly built ones, it frees up availability of smaller starter homes for those looking to become homeowners for the first time,” Banfield said.

But another expert suggested the increase was due to the low number of sales from the previous three months.

"September's new home sales jumped strongly, stemming what could have been a three-month skid,” Trulia Chief Economist Ralph McLaughlin said. “What's also promising is that sales are up strongly in the South, suggesting the streak of hurricanes that hit there have had little impact on demand for new homes.”

The report also showed that the difference of even just one month can change everything. The median sales price of new homes sold in September increased to $319,700, up from $300,200 in August. The average sales price came in at $385,200 for the month.

But despite this increase from the previous month, one expert explained the gap between new and existing home sale prices continues to narrow.

“Redfin data finds new homes represent a growing share of the market over the past five years, rising from one in 13 homes for sale in September 2012 to one in eight homes in September 2017,” Richardson said.

Housing inventory fell to 279,000 new homes for sale, down from 284,000 new homes in August. This represents a supply of 5 moths at the current sales rate.

Racial equity in the mortgage biz goes beyond “fancy galas”

If last year gave rise to a slew of announcements of initiatives to improve racial equity, now is the time to give force to those promises, a panel of experts said. HW+ premium content