Employment is set to boom in August, surpassing last month’s increase, according to the ADP and Moody's Analytics National Employment Report.

The report predicts an increase of 237,000 jobs in August, up significantly from last month’s prediction of 178,000 and even up from the U.S. Bureau of Labor Statistics’ report which showed an increase of 209,000.

The chart below shows August’s prediction compared to previous months, however, as the numbers from last month show, ADP’s prediction is not always in line with the employment report’s final number. 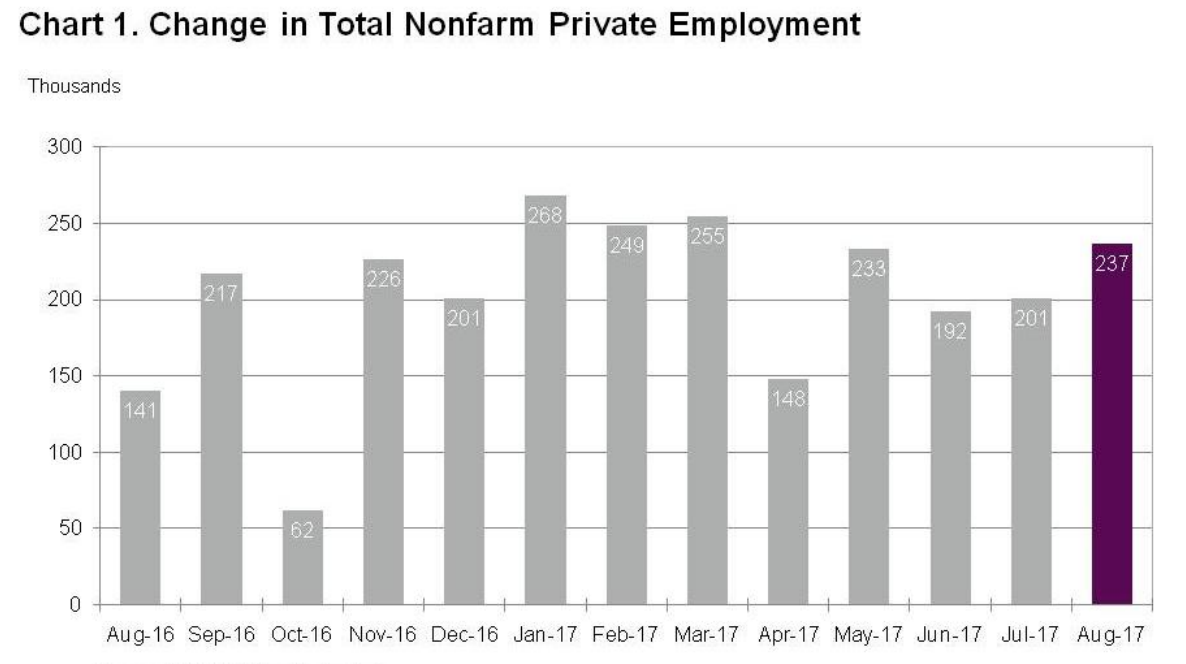 It's been a problem facing the housing industry for some time. Back in January, Bill Banfield, Quicken Loans executive vice president of capital markets said: “While overall confidence in the housing market and economy continues to strengthen, a shortage of skilled workers is starting to press on the industry.”

In short, we are creating all these jobs and don't have enough builders in the workforce to fill them, which is applying pressure on housing starts, which Banfield aforementioned.

“The initial BLS employment estimate is often very weak in August due to measurement problems, and is subsequently revised higher,” Zandi said. “The ADP number is not impacted by those problems.”

Among other increases, the report predicted a boom in new construction jobs. The goods-producing sector is set to increase by 33,000 jobs overall, with changes in the following areas:

The service-providing sector is set to increase by 204,000 jobs, with changes in these areas:

“In August, the goods-producing sector saw the best performance in months with solid increases in both construction and manufacturing,” said Ahu Yildirmaz, ADP Research Institute vice president and co-head.

“Additionally, the trade industry pulled ahead to lead job gains across all industries, adding the most jobs it has seen since the end of 2016,” Yildirmaz said. “This could be an industry to watch as consumer spending and wage growth improves.”