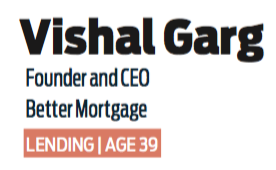 Vishal Garg founded Better Mortgage in 2014 to improve the speed, transparency and customer satisfaction in the mortgage loan process.

The company officially launched as Better Mortgage on better.com in mid-December 2015, and started 2016 with its new brand. Since then, the company has grown its platform from a rate engine that still had significant manual processing to a fully integrated platform that allows borrowers to complete a series of automated tasks based on the information submitted. It also enables borrowers to link bank accounts and upload documents directly for underwriting review and see an official loan estimate in seconds.

Some critical milestones have been the close of Series A funding for $30 million led by Goldman Sachs in June 2016 and a Series B funding for $15 million, which included Kleiner Perkins Caufield Byers (known for investing in Amazon and Google) in February of this year, setting the company’s new valuation at $220 million.

In the past three months, the company has launched service in five new states, doubling its coverage. 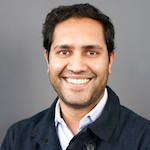 I strive to relentlessly question and challenge the status quo. I ask “why is it this way or that way? Who made that happen? And why?” There is a natural order to everything, and without understanding the past, there is no way to shape the future.