U.S. Department of Housing and Urban Development Secretary Ben Carson delivered his first speech to HUD employees Monday, prompting a quick response from the internet from one phrase-gone-wrong.

In his speech, Carson spoke about the U.S.’s foundations, and referred to slaves as some of America’s first immigrants. This quickly set the internet on fire as everyone took to Twitter to vent their frustration with the secretary’s comparison. Indeed, as of close-of-business on Monday, Ben Carson was the #1 topic trend on the social chat website.

Ben Carson said slaves were immigrants who came over here & worked for less. By "came" you mean FORCED and by "less" you mean NOTHING

Here is the portion of Carson’s speech that set the internet ablaze:

"There were other immigrants who came here in the bottom of slave ships…" pic.twitter.com/WkFrm3dYCB

Even actor Samuel Jackson weighed in on the secretary’s remarks. Click here to see Jackson’s tweet (which is perhaps just a bit too explicit to post here.)

However, HUD tweeted this comment, stating that no one really believes Carson thinks slavery is the same as voluntary immigration.

Despite what may have been Carson’s intentions, or even what his listeners inferred, his speech today left some wondering once again if he has what it takes to lead HUD.

But this skepticism surrounding Carson is nothing new. The secretary overcame a controversial start to his nomination.

And, the level of heavy criticism appears to be localized in only this one corner.

For example, in one YouTube video, the comments were almost all positive.

Take a look at what those viewers think of his speech: 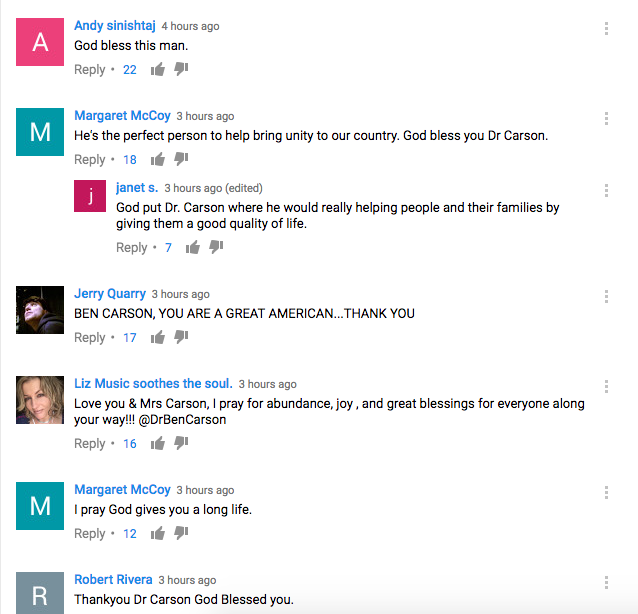