The Detroit-based nonbank, which boasts it is the nation’s second largest retail home mortgage lender, named Jay Farner (pictured second), who has been with Quicken Loans for 21 years, most recently serving as president and chief marketing officer, as the new CEO.

Emerson is being promoted to vice chairman of Rock Holdings, Quicken Loans’ parent company. In his 24 years with the company, Emerson has not only overseen the growth of the Quicken Loans, but he has also been a major spokesperson for the mortgage industry, such as serving as the Mortgage Bankers Association's 2016 chairman.

Now in this newly created position, Quicken Loans said Emerson will not only continue to provide guidance to Quicken Loans, but will also take an expanded role advocating for the mortgage industry and leading the growth of the culture across the entire Rock Holdings portfolio.

And with Farner moving away from his previous role as president, Quicken Loans said former Chief Economist Bob Walters (pictured third), who has spent 20 years at the company, will now serve in the dual capacity of president and chief operating officer.

“For nearly all of Quicken Loans’ 31 year history, Bill, Jay and Bob have been at the forefront, driving our strategy and culture,” said Dan Gilbert, chairman and founder of Quicken Loans.  “Their passion and absolute dedication to growing our team members has been instrumental in our company becoming the leader in technology, innovation and client service.” 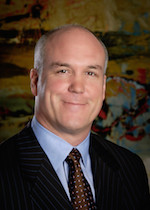 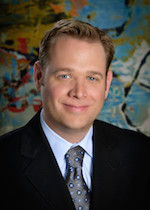