One of the central themes of President-elect Donald Trump's campaign was the large-scale deportation of illegal immigrants. Since winning the election, Trump restated his plan during an interview with 60 Minutes to deport as many as 3 million illegal immigrants when he takes office.

But what does that mean for housing? This chart from an article by Max Ehrenfreund for The Washington Post uses data from the National Bureau of Economic Research to show the distribution of undocumented immigrants in the work force. 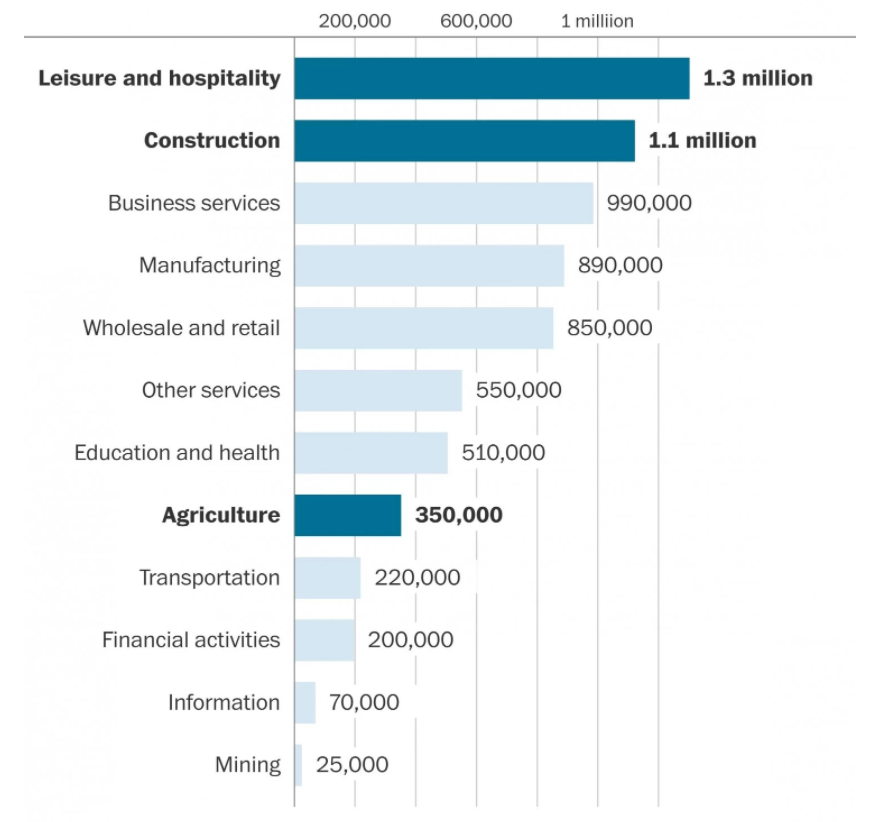 The construction sector shows the second-highest number of undocumented workers at 1.1 million.

According to a recent estimate from the Pew Research Center, there are about 8 million unauthorized workers in the United States in total.

If all undocumented workers were immediately removed from the country, Edwards and Ortega forecast a decline of 9 percent in agricultural production and declines of 8 percent in construction and leisure and hospitality over the long term.

Today’s market is already tight when it comes to construction jobs. Intense competition for construction workers in places like San Francisco, for instance, has driven up wages and housing costs.

As far as the financial sector, there are fewer illegal immigrants in the industry, however their weekly earnings are about double that of undocumented workers in other industries.

“When we think about unauthorized immigrants, we tend to think about poor Mexican workers with low education in agriculture,” Edwards said. In other sectors, he added, “they're highly trained, highly paid professionals, so their removal has a pretty large effect.”

A recent report from Goldman Sachs shows that the U.S. may already be losing immigrants as more are leaving the country than are coming in.