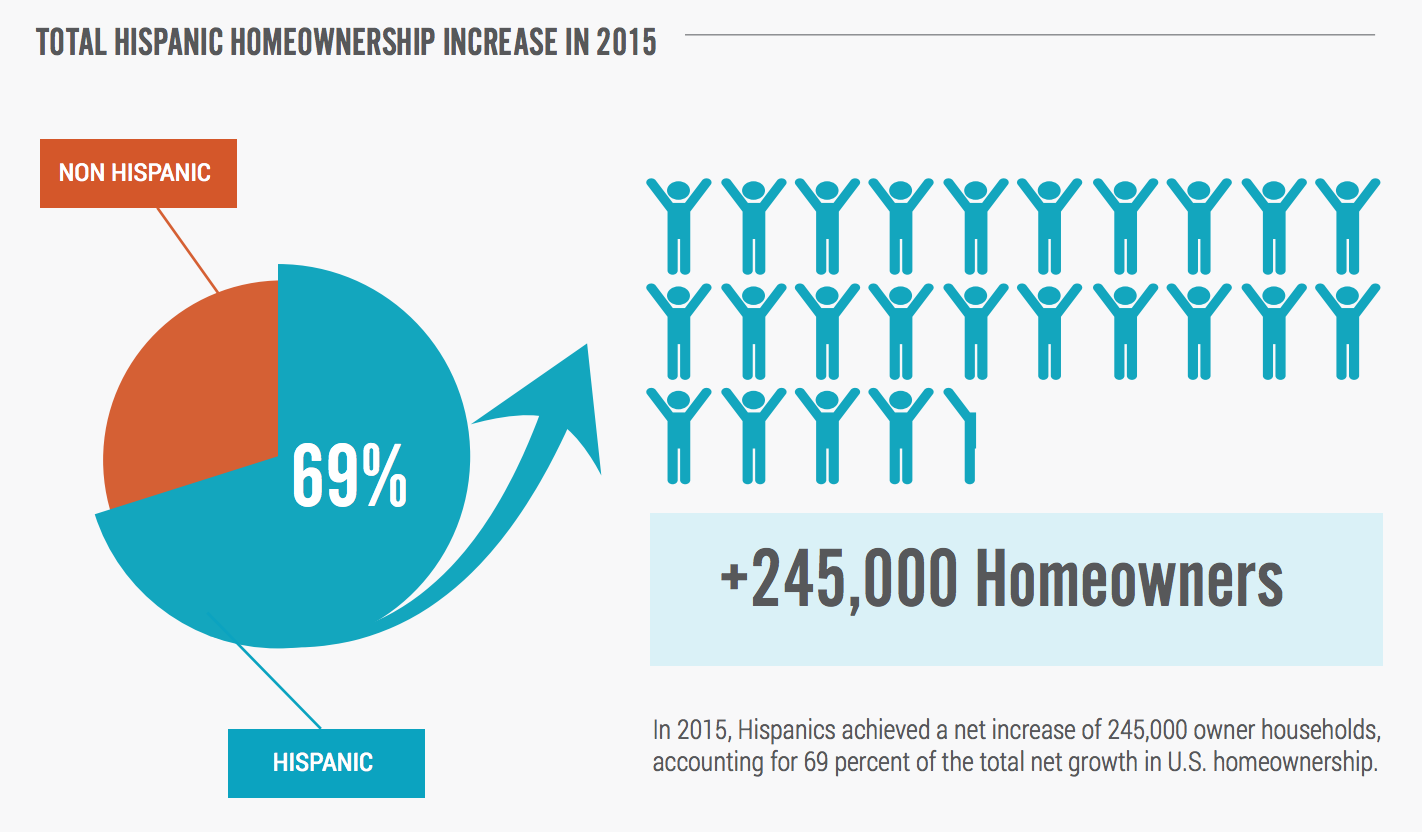 “The Hispanic homeownership numbers were very encouraging and all leading indicators strongly suggest that the trend will continue,” said Joseph Nery, president of NAHREP.

“Policy makers and the housing industry need to recognize that the face of homeownership in America has changed and it is in everyone’s interest to ensure that these new consumers have access to relevant lending products, affordable housing stock and culturally competent service providers in the coming years,” added Nery.

After the Great Recession, Hispanic homeownership increased by 300,000 annually between 2000 and 2007. Unfortunately, much of that growth was fueled by sub-prime mortgages and proved to be unsustainable, the report stated.

This confirms the findings of a recent study by the Urban Institute where it predicted that Hispanics will account for 52% of new homeowners between 2010 and 2030.

While the Hispanic population increased in California, it also increased in non-traditional markets in Alabama, South Carolina and Tennessee.

With the U.S. employment rates soaring, the report also states that Latinos also led the nation in workforce participation and household formation growth, which indicates that Hispanics will likely be the primary driver of new homeowners for the next decade and beyond.

"The State of Hispanic Homeownership should be required reading by everyone in housing, especially lenders and realtors,” said David Stevens, president and CEO Mortgage Bankers Association.

“The Latino community is massive, it's ready to own, and it's now. The significance of Hispanics to housing and the economy will only grow, creating opportunity for all who focus on this vibrant, dynamic, and impactful part of the U.S. economy,” Stevens said. 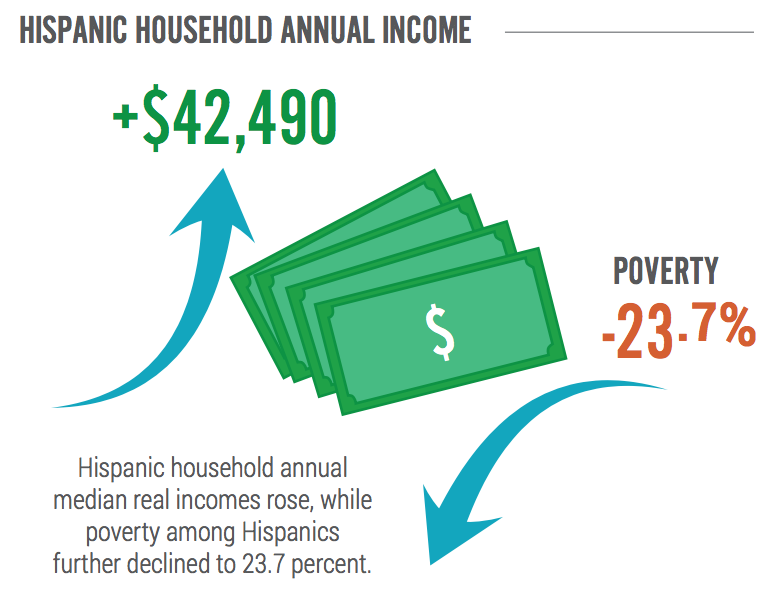 From 2012-2014, Hispanics were the only major population group to simultaneously lower their poverty rate and increase their annual household income. In 2014, the Hispanic household annual median rose to 7.3%, to $42,492, contrast to 2012’s $39,600 annual median income.

“The State of Hispanic Homeownership Report highlights how important the Hispanic population has become in driving overall housing demand in the US, and how this influence will only continue to grow as their share of the population increases,” said Chris Herbert, managing director Harvard Joint Center for Housing Studies.

“Crafting housing policies that are attuned to meeting the needs of this important demographic group is essential to ensure they have access to decent and affordable housing,” said Herbert.

According to the State of Hispanic Homeownership Report, Hispanic Millennials are fueling population growth and homeownership demand among young adults. Because they're earning higher household incomes and higher levels of education, than ever before, they are capable of a­ffording and buying a home faster than expected.

In a recent study by Zillow, Millennials and non-white Americans are most likely to associate homeownership with the American Dream.

Meanwhile, a similar report from Lenders One found that Millennials and Hispanics will dominate the mortgage market in 2016. According to the report, the market is anticipated to increase 11% in 2016, an increase that will likely be dominated by those two groups.