Freddie Mac created its Housing Solutions team in 2020 to reduce barriers to homeownership and provide solutions to some of the nation’s toughest housing challenges.

While mortgage rates remained unchanged, they didn’t reverse any of last week’s declines, which marked six consecutive weeks of drops.

“After another week of financial market oscillations driven by rumors of potential limits on oil production, the 10-year Treasury yield edged up 5 basis points, and the 30-year mortgage rate remained unchanged at 3.65 percent,” Sean Becketti, chief economist with Freddie Mac.

“Despite this week’s uptick in Treasury yields, the 10-year is still 54 basis points lower than it stood at the end of 2015, while the mortgage rate has dropped only 36 basis points over the same period,” he added.

Matt Clinch wrote in an article on CNBC on Tuesday that U.S. government debt prices fell as investors kept an eye on wild fluctuations in the oil markets. 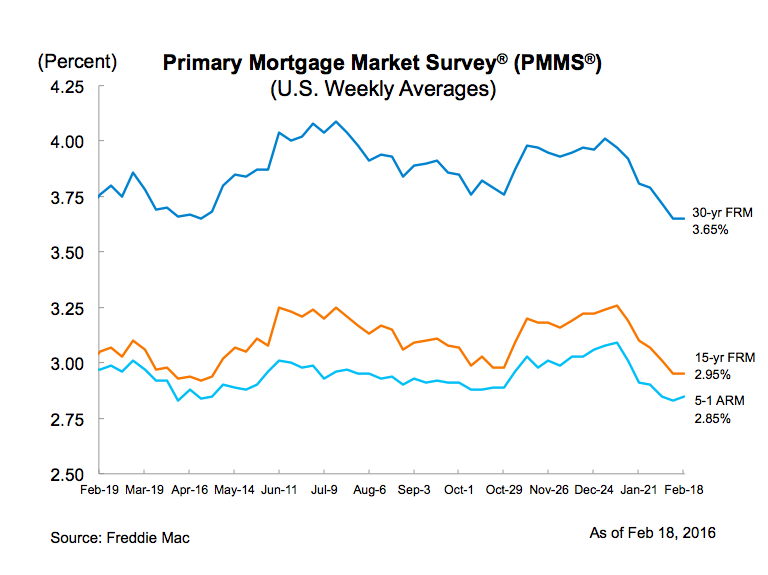 The 5-year Treasury-indexed hybrid adjustable-rate mortgage slightly increased to 2.85% this week, up from last week when it averaged 2.83%. This is still down from a year ago when the 5-year ARM averaged 2.97%.