(Update: As of 1:24 p.m. Eastern on Jan. 28, the Instagram posts referenced below from Nationstar employees that showed Mr. Cooper-branded materials have been deleted. This article is updated to reflect the deletion of those posts.)

Confirming suspicions that HousingWire brought to light in late December, signs are beginning to emerge that the rebranding of Nationstar Mortgage is nigh upon us.

According to multiple sources, Nationstar is preparing to launch a new brand that would be unlike any other in the mortgage space: Mr. Cooper.

Prior to the publication of this article, several Nationstar employees posted about the various branded materials on social media sites, including Instagram, where searching for “#MrCooper” revealed several posts with the Mr. Cooper-branded materials, as seen in the image below. Click to enlarge. 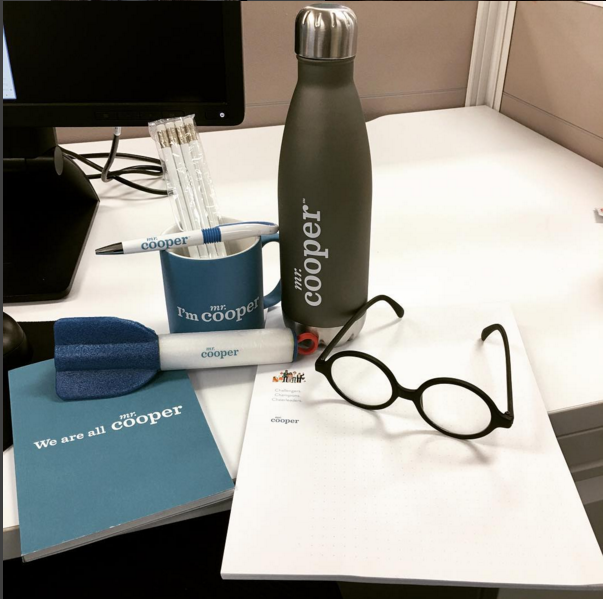 But those posts no longer appear on Instagram. Since this article went live on Jan. 27, the Instagram posts from Nationstar employees that referenced Mr. Cooper and the branded materials have been deleted, including the above image, which was captured in a screenshot before the post was deleted.

The name and logo for Mr. Cooper is also now widely visible, in large and vibrant visuals, at the company’s Cypress Waters office location in Coppell, Texas.

In December, HousingWire reported that Nationstar had “recently engaged” a Los Angeles-based “brand strategy firm” called Phenomenon to assist in “defining a bold new brand strategy and validate it through direct consumer research.”

While it is unclear in December what exactly Phenomenon was going to do for Nationstar, the details of that agreement were found in a job posting on Nationstar’s job board.

According to the job posting, which has since been edited to scrub all mentions of Phenomenon and any Nationstar rebranding efforts, the real key to Nationstar’s plans with Phenomenon was the creation of “flagship brand” for the company.

“As a result of this strategy, it is likely that Nationstar will consolidate multiple existing brands and create a new flagship brand for the company,” the posting stated.

According to the posting, Nationstar apparently intends to transform itself into the mortgage industry’s first “go to” brand and potentially completely rebrand the entire company and all of its brands.

Although it is unknown at this time if Mr. Cooper will be the catch-all name for all of Nationstar’s business lines, including mortgage origination, mortgage servicing and Xome, which is Nationstar’s effort to create “one-stop shop” for everything from finding a house to actually buying the house, complete with mortgage financing, all in one place, what is certain is that Nationstar is preparing to launch Mr. Cooper in some form.

On Nationstar’s registration page on the Nationwide Mortgage Licensing System & Registry’s website, Mr. Cooper is listed as one Nationstar’s other trade names. 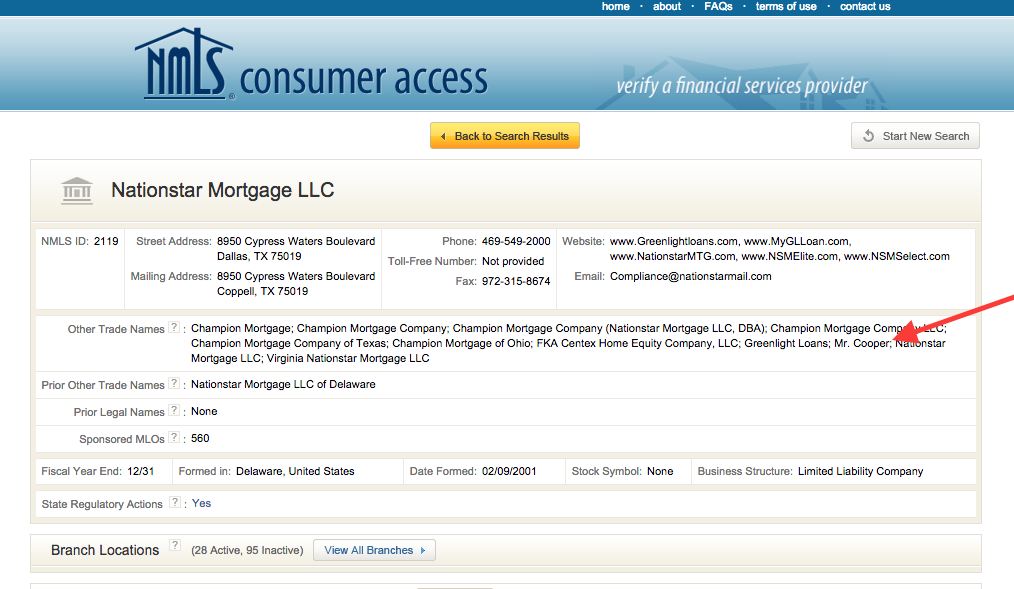 But that’s not the only registry where Nationstar claimed the name Mr. Cooper.

Searches of business name registries with the Secretary of State’s offices of several states reveal that in October Nationstar registered to use the name Mr. Cooper.

Nationstar registered to use the name Mr. Cooper in Idaho on Oct. 1, as seen in the image below. 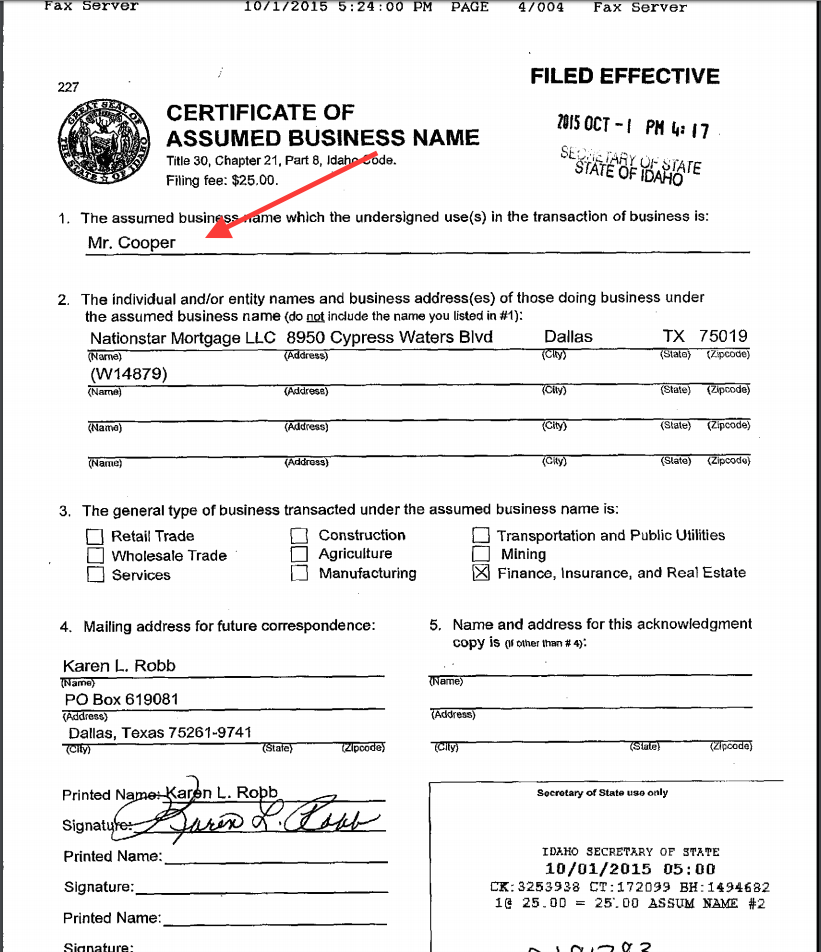 Nationstar also registered to the name Mr. Cooper in Arizona on Oct. 6, as seen the image below. 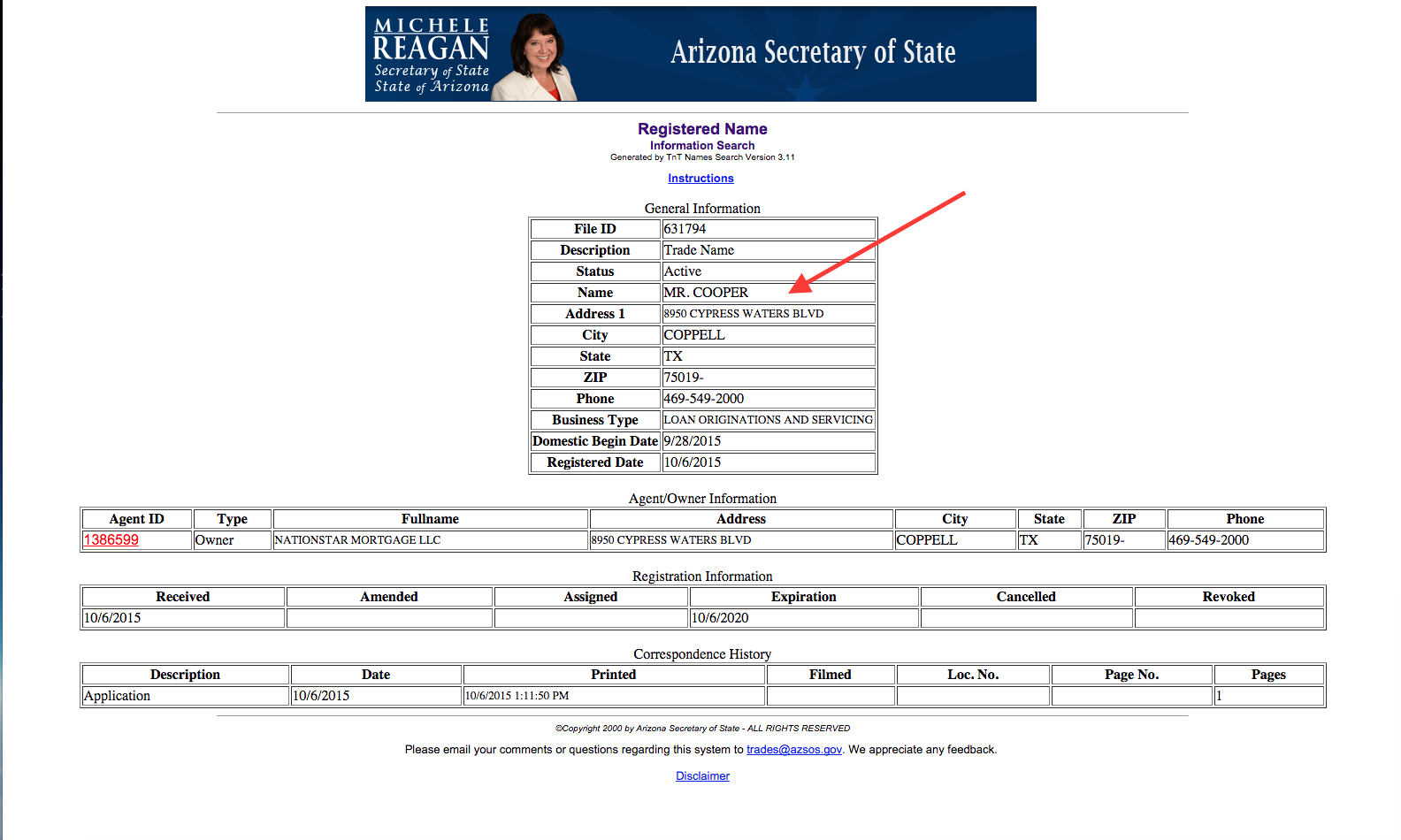 Nationstar is also registered to use the name Mr. Cooper in Arkansas and Illinois, as seen in the two images below. 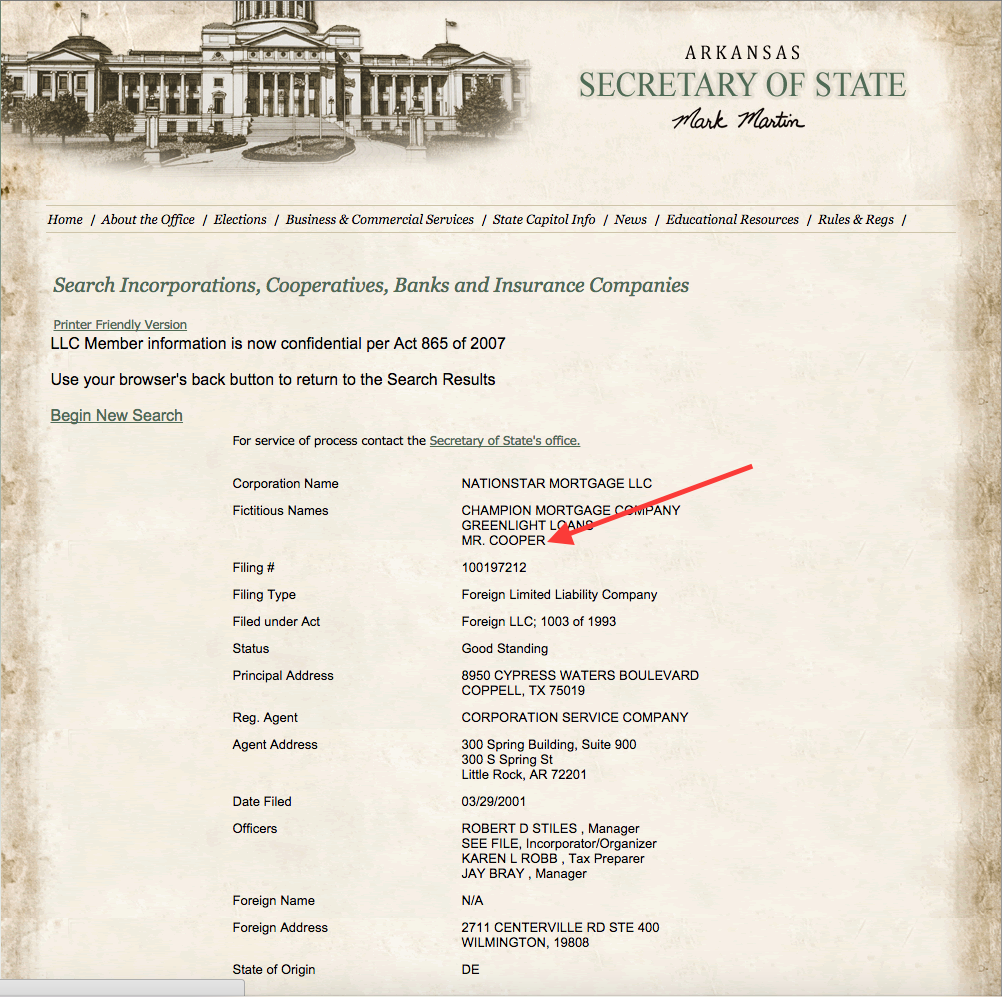 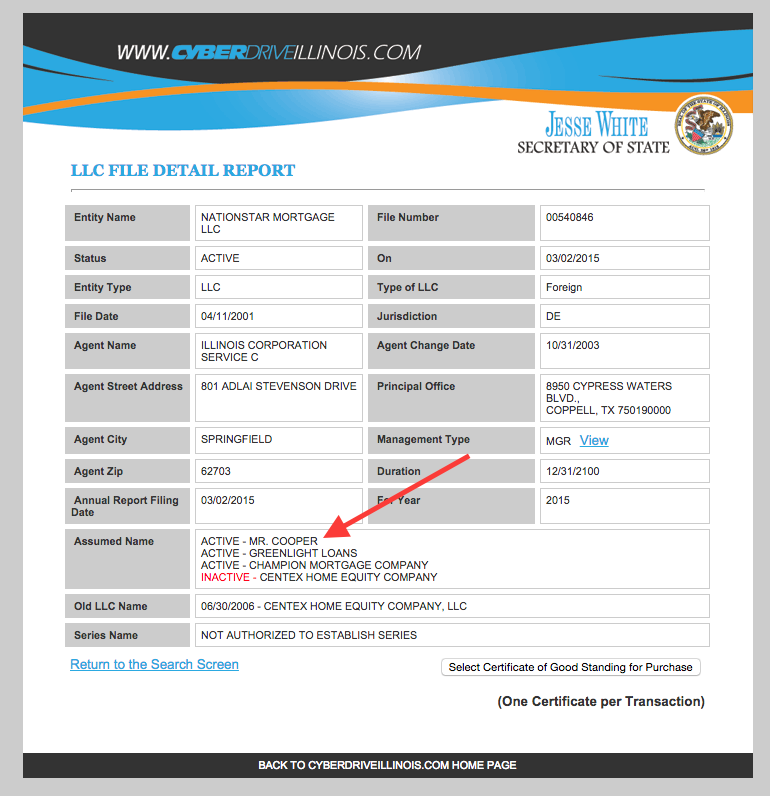 The since-edited job posting on Nationstar’s website that mentioned Nationstar’s rebranding efforts stated that the successful candidate will join Nationstar’s marketing team and be a “key player in the company’s transformation from a large but little-known mortgage servicer to a highly visible full lifecycle real estate brand.”

Further details beyond what HousingWire has uncovered are unknown at this point, and repeated requests for clarification or information from Nationstar or its media relations department on the company’s plans remain unanswered.

As of now, it’s currently unknown if Mr. Cooper is that “highly visible full lifecycle real estate brand,” but it certainly looks that way.