According to KATV, Lewis was automatically sentenced to life in prison without parole for Carter’s murder and also received a consecutive life sentence for kidnapping.

According to interview transcripts with police, presented as part of pre-trial proceedings and recapped in detail on Arkansas Online, Lewis selected Carter from an Internet ad, based on the fact that she worked alone.

Upon meeting Carter at a house under the guise of being a potential buyer, Lewis allegedly told Carter "You're about to have a very bad day," before subduing her and binding her with green duct tape.

Carter was kidnapped while showing a home sometime in the early evening hours of Sep. 25, a Thursday. Her husband told police that he became concerned when by 9 p.m. his wife had not called. He drove to the site and found her brown Cadillac sport utility vehicle parked in the driveway with her purse inside it.

An intensive search followed, and on Sep. 29, police arrested a suspect. 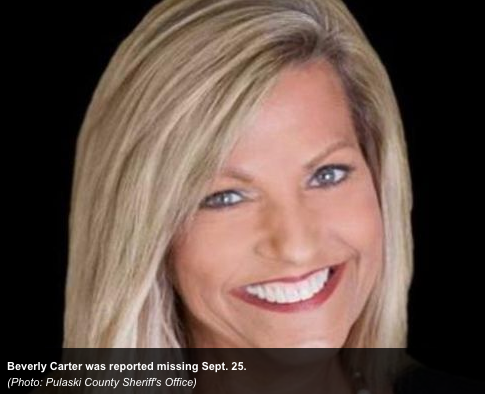 Lewis was arrested for Carter's murder. His girlfriend at the time, Crystal Hope Lowery, was also charged with capital murder for her role.

Lowery has since pled guilty and received a 30-year reduced sentence, contingent on her agreement to testify against Lewis.

Carter’s son, Carl Jr., was the only person to give a victim impact statement.

In the wake of his mother’s tragic death, Carl Carter Jr. made it his mission to educate Realtors and real estate agents just how critical taking precautions is to their safety.

Carter Jr. told HousingWire last year that he is studying to become a Realtor.

“On a positive note we’ve seen a lot of changes in the real estate industry,” Carter Jr. said.. “There have been changes in the industry locally and nationally. In Arkansas, even the way people sell autos has changed."

“People are doing more to verify that people are who they say they are and doing more to keep people safe,” Carter Jr. said. “There have been massive changes in real estate industry in similar processes, in identification, in requiring meetings that are face-to-face be in an office.”