As the divide between the price growth in high-end and low-end properties continues to widen, low-tier markets are becoming more appealing to investors looking to make a profit.

According to a new industry report from Clear Capital that looks at the price tier growth differences in conjunction with distressed saturation, MSAs with some of the highest distressed saturation rates like Detroit, Orlando, and Miami show low tier year-over-year growth outpacing that of the top tier by large margins, in some cases by more than 20%.

The report attributes the differences to high levels of investor activity in the low-price tiers, which also typically represent the majority of distressed activity.

On the other side, top tiers in these same top markets are significantly lagging.

Take Detroit for example. The city’s overall quarter-over-quarter growth is currently the highest in the nation at 2.4%. But when broken up, there are major differences between its high and low-end properties. The Detroit low tier is showing an extremely impressive 4.2% QoQ growth, while its highest tier is growing at a much slower pace, only 0.8% QoQ.

“As the housing recovery continues to unfold, we are clearly seeing a growing dichotomy between the low-price tier and top-price tier market performance. By and large, the low-price tiers of the top and bottom MSAs are significantly outperforming their top-tier counterparts,” said Alex Villacorta, vice president of research and analytics at Clear Capital.

“For both first-time homebuyers and investors, this should signal a major opportunity in these lower tiers,” added Villacorta.

As an added caution, Villacorta said, “For any buyers of high-end properties this clear trend signals the need to be highly vigilant with investment strategies in this market segment.”

These two charts compare low- and top-tier price growth in the 15 top and bottom MSAs. 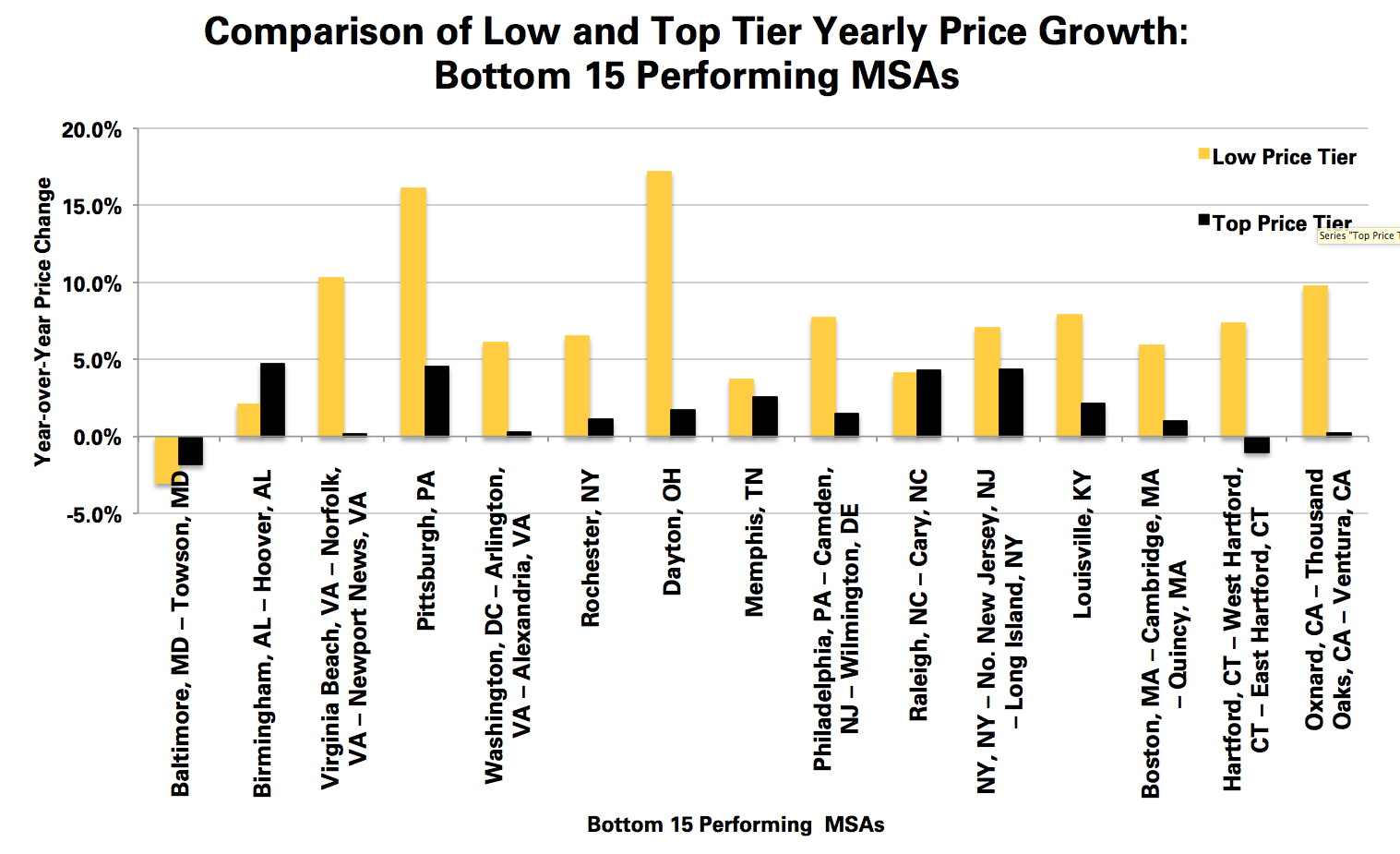 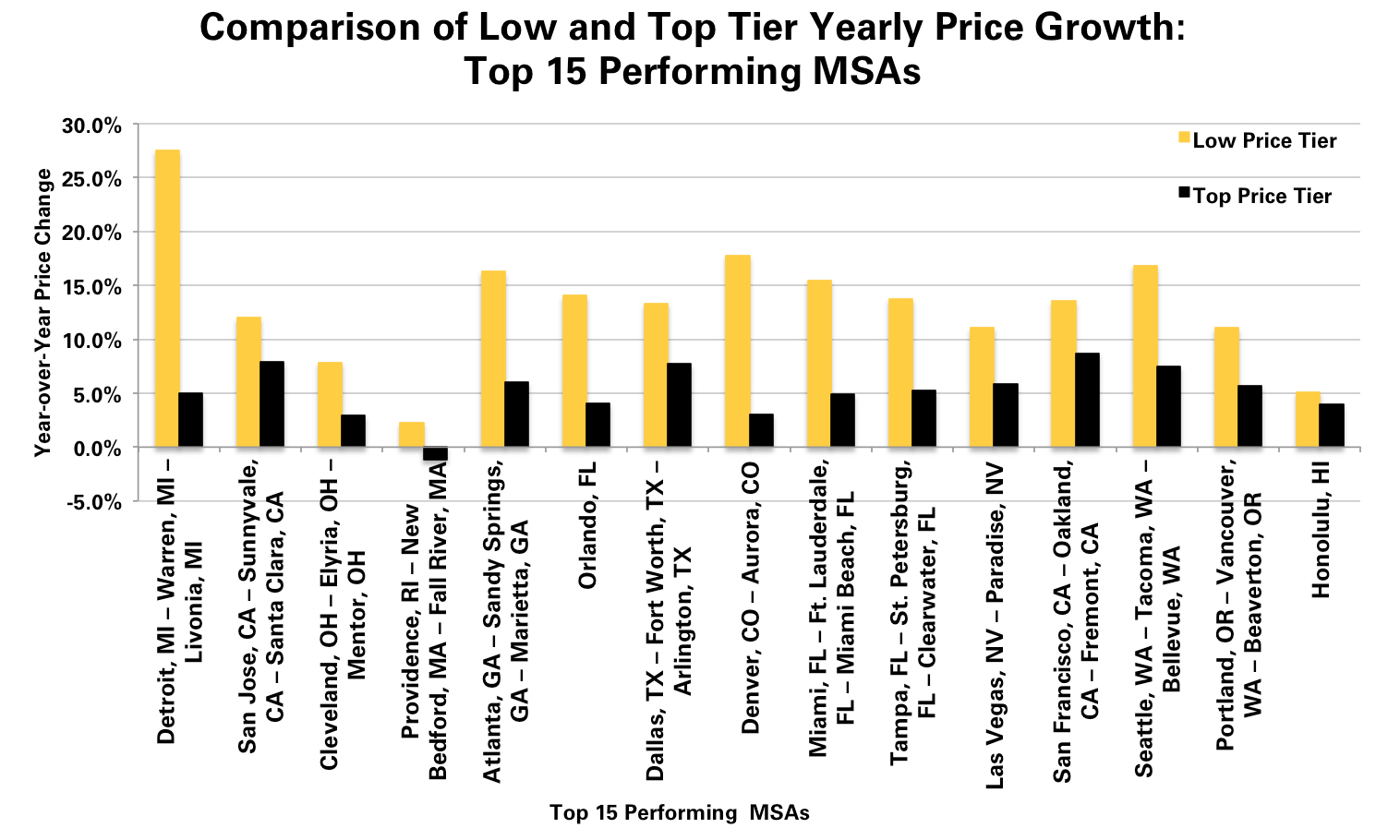 According to a new report from Douglas Elliman, Manhattan, New York, has now reached the highest vacancy rate in nearly 14 years of being tracked – 3.67%.