Protesters say they oppose the “sell-off of mortgages to Wall Street speculators,” which they say disproportionately has a negative impact on blacks and Hispanics.

At issue is the sale of foreclosed properties to investors, who often turn those properties into rental housing.

This is not the first time affordable housing groups have put on highly visible protests over the issue. 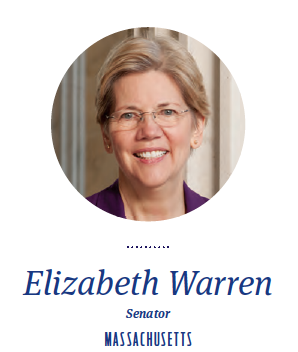 “These speculators often turn the properties into rentals — bundling them into securities for investors, like they did with mortgages,” the protesters say in a releae. “The sell-off of these mortgages is hiking up rents and contributing to the growing displacement of poor and working families – particularly people of color.”

The protestors also have a problem with the fact that Fannie Mae and Freddie Mac, along with their overseer FHFA, don’t mandate principal reduction.

HUD issued a written statement regarding the issue.

“This morning, my senior team and I met with a group of local community-based leaders to discuss the important issues related to the lingering effects of the foreclosure crisis that continue to grip certain neighborhoods across the nation,” said Edward Golding, HUD’s Principal Deputy Assistant Secretary for the Office of Housing, in a written statement. “We discussed how HUD and FHA might make better use of one of its tools, the Distressed Asset Stabilization Program, to further the Department’s goal of stabilizing communities and assisting them as they, and their public-minded partners, work to address severely distressed mortgages that are on the verge of foreclosure.

“FHA recently made significant changes to this program, including expanding our outreach to participating nonprofit organizations and requiring a 12-month delay in finalizing any foreclosure action to allow struggling families a greater opportunity to remain in their homes or find another sustainable housing solution,” Golding said. “This meeting offered an important, constructive and meaningful opportunity to discuss broad goals we support with these community leaders.   We are, and will continue to be, a strong and consistent supporter of those who toil on the front lines of our housing recovery.”

“Neighborhood stabilization is an important priority that we all share and FHFA welcomes all perspectives on the issue. Director Watt is meeting with local elected officials and housing advocates. We are not at odds; a constructive dialogue is welcomed,” a spokesperson for FHFA said.

The protesters say they don't believe the federal housing agencies have done enough.

“Fannie Mae and Freddie Mac … have refused to help homeowners with principal reduction on their mortgages, and instead are selling troubled mortgages to Wall Street speculators at a discount, as is HUD,” the release says. “As a result, struggling homeowners are getting foreclosed on.”

As noted in the New York Times today, private equity and hedge fund firms have bought more than 100,000 troubled mortgages at a discount from banks and federal housing agencies.

But HUD already gives state and local governments and nonprofits participating in the Neighborhood Stabilization Program preference to buy its REO at 10% below the appraised value.

The NSP initiative also gives these buyers a 14-day first-look period to consider buying the property ahead of investors.

There are also other programs that favor non-profit purchase of non-performing loans.

And in March, FHFA offered new guidelines for NPL sales.

“The new NPL sale guidelines for Fannie Mae and Freddie Mac [announced earlier this year] aim to both reduce risk to taxpayers and achieve better outcomes for borrowers,” an FHFA spokesperson said. “The guidelines require NPL purchasers to evaluate all borrowers for loan modifications and to pursue foreclosure only as a last resort.  Fannie Mae and Freddie Mac have been very transparent about their NPL sales programs and have hosted training sessions encouraging non-profits and minority- and women-owned businesses to participate as NPL buyers. This is evident by Fannie Mae’s recent sale of NPLs to New Jersey Community Capital.”

After announcing the first Community Impact Pool sale in July, Fannie Mae said in August that it was extending the timeline of sale to be as inclusive as possible to potential buyers.

In February, a HUD report analyzing the status of some of the 79,000 soured mortgages it sold over the last five years reported that 20% of the mortgages had been foreclosed, 9% had been restructured and 6.4% had been resold to other firms or investors. Borrowers remained delinquent on about half the loans.

Within the distressed category, REO sales accounted for 6.4% and short sales made up 3.5% of total home sales in May 2015. The REO sales share was the lowest since October 2007 when it was 6%. The short sales share fell below 4% in mid-2014 and has remained stable since then. At its peak in January 2009, distressed sales totaled 32.4% of all sales, with REO sales representing 27.9% of that share.

While the percentage of REO sales that were all-cash transactions remained high, REO transactions made up only 6% of all sales in June 2015. In January 2011 when the cash sales share was at its peak, REO sales made up 23.8% of total home sales. Resales typically make up the majority of home sales (about 83% in June 2015), and therefore have the biggest impact on the total cash sales share.