Not that long ago, online real estate auctions were characterized by distressed properties bought mainly by investors. With the glut of foreclosures following the financial crisis, auctions brought buyers and sellers together on one platform and provided a quick and painless way to clear out distressed inventory. But what would happen when the flood of foreclosures stopped?

As it turns out, the online auction business model conceived in the middle of the foreclosure crisis is proving highly adaptable to a more normalized housing market.

And one company, Auction.com, is wielding the innovations it learned during that time to remake the landscape of real estate transactions for years to come.

Auction.com pioneered online real estate transactions when it conducted its first Internet auction in 2007. Today the company has sold more than $30 billion in residential and commercial properties and is perfectly positioned to meet the increasing consumer demand for online housing transactions.

“Our company has evolved from an old-school offline auction house to being a tech-driven enterprise, the eBay of real estate,” said Rick Sharga, executive vice president of Auction.com

“It’s a whole different approach to an old process, and it has the potential to bring a lot more efficiency and transparency to real estate transactions.”

That different approach includes partnering with Google Capital to maximize the company’s technology reach, bringing in executives with serious digital experience and applying lessons learned in the commercial space to a growing residential market.

Google Capital made a $50 million investment in Auction.com in March 2014, marking the first time the tech giant had invested in a real estate venture. The investment was a game-changer for Auction.com, not only with regard to capital, but also from a technology standpoint.

“Within our competitive environment, we have a pretty significant lead in terms of our technology deployment,”Sharga said. “Our partnership with Google has been very helpful to our product and engineering teams, which are tapping into Google’s expertise for mobile development and SEO optimization.

“They are also guiding us in the direction of best practices in a number of areas.”

Auction.com has used the investment to its advantage, rolling out mobile applications that put its digital presence onto every device a consumer wants to use.

Last year the company introduced an iPad native app that more than 100,000 people downloaded, and it was used to sell well more than eight figures’ worth of properties.

In January of this year, Auction.com launched what it thought would be a relatively minor app on the iPhone. Unlike the iPad app, the one on the iPhone only lets users bid on properties they have already registered for.

“Consumers want to be able to use whatever app or device they want, wherever they are, whenever they want. When a buyer is willing to buy a multimillion-dollar property by clicking on an iPad, that tells you where the market is headed,” Sharga said.

The mobile apps are especially popular with purchasers on the road. Sharga related a story of one buyer who bought a house while watching his son’s soccer game — in India. Another bought a $2.5 million hotel on his iPad, possibly while driving his car.

“We don’t recommend that,” Sharga was quick to add. “But it illustrates how people are using technology today.”

Auction.com has also invested in executive leadership over the last year, hiring Tim Morse last May as chief financial officer and then elevating him to CEO in June 2015. Morse served as CFO at Yahoo! from 2009 to 2012 and as interim CEO at Yahoo! in 2011.

In addition to his positions at Yahoo!, Morse was previously a member of the board of directors of Alibaba Group, CFO at online advertising start-up Adap.tv, which was acquired by AOL, CFO at Altera Corporation, and CFO and general manager of business development for GE Plastics.

Auction.com Co-founder Jeff Frieden explained why hiring Morse was so important for the company.

“As our company has grown and evolved, I began looking for someone with experience running a larger, public company — someone who understands technology, can work with the capital markets, and who has the operational expertise to take our vision and execute it on a global scale.

“I think Tim is the perfect person to take the company to the next level, and his leadership will help Auction.com expand our ongoing efforts to transform how real estate is bought and sold,” Frieden said. 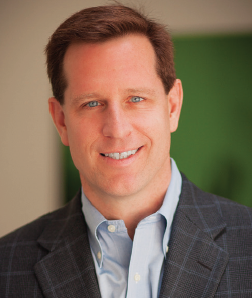 The hiring confirmed Auction.com’s intent to upend the status quo in the real estate industry.

“This is an exciting time in the company’s history, as we begin to move into the residential and commercial retail markets, and complete our transition from an auction company to a true online marketplace, leveraging Internet technology to deliver a much better experience for buyers, sellers and real estate professionals,” Morse said.

“Jeff is a visionary and an extraordinary entrepreneur who took a brilliant idea and built it into a company disrupting a $1.6 trillion industry.”

Auction.com is applying the lessons it has learned in the commercial auction space to a nascent residential auction market.

In a traditional commercial property sale, contracts are drawn up and then the due diligence starts. The process can take six to 12 months as the potential buyer investigates the property and often seeks discounts for problems.

With Auction.com, all of the due diligence material is put up online prior to the auction, and buyers are required to close on the property within 30 days of the auction date.

“If you’re the owner of high quality property and don’t want to deal with the amount of time and cost of the typical post-closing period, our short time frame offers us a pretty significant competitive advantage,” Sharga said.

That advantage is also applicable to the residential market.

“We believe that most everything we’re doing on the commercial side is going to translate to the residential side as well,” Sharga said. “We have teams, infrastructure and processes in place to make things as easy as possible for partners.

“Our enhanced due diligence allows buyers to bid with more confidence and levels the playing field for smaller investors who don’t have the resources to do their own extensive due diligence.”

Those smaller players are showing up in increasing numbers on the residential side. Where in the past Auction.com’s audience was made up primarily of investors, a recent survey by the company showed that more than a third of the people who register for the company’s online auctions every month identify themselves as owner-occupants.

Registering requires a $2,500 hold on a credit card, proving how serious these residential buyers are about the auction process.

The timing couldn’t be better for Auction.com, and the company is seizing the opportunity to change the nature of real estate transactions.

“Auctions are moving beyond their historical place in the real estate ecosystem,” Sharga said. “Instead of being the last option for disposing of distressed assets, they are becoming the first choice for selling assets of every kind.”