Wells Fargo (WFC), the country’s largest mortgage lender, is about to have a new person leading its mortgage division for the first time in 11 years, as Michael Heid announced his retirement.

Heid, who’s been with Wells Fargo for nearly 28 years, has spent the last 11 years leading the bank’s mortgage division. He will retire on Sept. 30 and will be replaced by Franklin Codel, currently the bank’s executive vice president and head of mortgage production.

According to an announcement from Wells Fargo, Heid (pictured below, right) has been the president of Wells Fargo Home Mortgage since 2011 and served as co-president from 2004 to 2011.

“Mike has led our home lending organization with a deep focus on helping families achieve their dreams of owning a home and he’s done so with uncompromising integrity,” Stumpf continued.

“Over a distinguished career spanning three decades, Mike has helped our company and the entire housing industry navigate unprecedented challenges and prepare for the future,” Stumpf added. “His impact will be felt for many years to come.”

In addition to his duties with Wells Fargo, Heid is actively involved in legislative and regulatory policy matters affecting the mortgage industry and currently serves as a board director of the Mortgage Bankers Association.

Heid also currently serves as the chairman of the Lending and Leasing Committee of the Financial Services Roundtable.

“Mike’s calm, thoughtful and decisive leadership has had a profound and meaningful impact on Wells Fargo and one of his most important contributions has been to build a truly remarkable organization and a deep bench of extraordinary leaders,” said Avid Modjtabai, senior executive vice president and head of Wells Fargo’s consumer lending group. 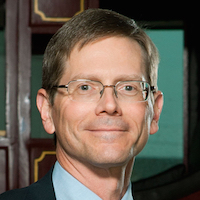 Heid will continue in his current role at Wells Fargo until Sept. 30 and remain with the company until the end of the year to ensure a smooth transition, the bank said.

Codel will take over Heid’s role as head of mortgage lending on Oct. 1.

In this role, Codel (pictured below, left) will oversee the business and strategic direction of the company’s home lending operation, which includes 45,000 team members.

Codel brings more than 26 years of experience in the mortgage industry to his new position. He has led Wells Fargo’s mortgage production team since 2011, including sales, operations, quality, compliance, underwriting, and support functions for both consumer and correspondent lending. 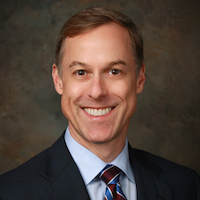 “We are incredibly fortunate to have Franklin Codel as our new head of home lending,” Modjtabai said.

“He is an enthusiastic and tireless advocate for homeowners and exactly the right leader to build on our momentum, work with regulators and other stakeholders and help us continue to deliver an exceptional experience for customers in every interaction,” Modjtabai continued. “Congratulations to both Mike and Franklin; because of them, we have a track record we can be very proud of and a bright future ahead.”