“Two roads diverged in a wood, and I — I took the one less traveled by, and that has made all the difference.” — Robert Frost.

Ben Kinney knows these words well, as he has lived them his entire life. His tale may sound apocryphal, but the path of Ben Kinney’s life did indeed diverge in the woods.

“Something interesting about me that most people don’t know is that I was raised in the woods by my father in a 300-square-foot cabin with no power and an outhouse,” Kinney says today.

There’s a casualness with which Kinney, 36, delivers the story of his youth. He doesn’t regret the time living with his father in the woods outside Bellingham, Washington.

Instead, he views the experience as just another step in his journey.

In the 18 years since he left the cabin behind, Kinney’s journey has taken him from that hardscrabble existence to the forefront of real estate’s technological revolution.

And with each new step, Kinney is forging a path of his own. But his journey begins back in the cabin with his dad.

When Kinney was three, his parents separated and Kinney went to live with his dad. “We were really poor, to the extent that we were hungry growing up,” he said.

He recalls times when his dad didn’t eat because there wasn’t enough food to share between the two of them. Sometimes the food bank would drop off food for Kinney and his dad. “You had to shake it to try to guess what it was because the cans never had labels,” Kinney said. “I got really good at finding the fruit cocktails.”

The cabin had a bedroom, but that was filled with junk because Kinney and his father didn’t have any other place to put it. “My dad and I slept in the living room,” Kinney said. “He was on one side of the couch and I was on the other side.

“We cooked on a wood stove and took baths in a metal tub that we boiled the water for. And I did that for most of my life until high school.”

Kinney said that the kids in school weren’t that bad when it came to his living situation, but he’d still get off the bus and walk the other way, “so people wouldn’t see where I lived.”

Kinney said the teachers were far more of a problem. “I remember going to school and being dirty because we didn’t have a washing machine,” Kinney said.

“The teachers wouldn’t let me test for the advanced placement because I think they assumed that because I was dirty that I wasn’t that smart. It wasn’t until later in life that I was given a fair chance.”

Lest anyone thinks that Kinney harbors any regrets for his upbringing, think again.

“To be honest, I wouldn’t change it,” Kinney said. “I don’t think we get to be the things we are without the things that happen to us.”

After graduating high school, Kinney moved out of his dad’s cabin and went to college to study computer science and business in nearby Bellingham. “I paid for college by working as a cable guy, installing cable and eventually selling cable door-to-door,” Kinney said.

While in college, he met a woman who introduced him to the idea that he could buy a duplex in the area, live in half of it, and rent out the other half, which would pay his mortgage.

“I thought that was the most brilliant thing in the world,” he said. “So I saved up my $11,500 and went out and found a duplex to buy. I rented it out and lived in the other half for free.”

The Realtor who helped him find and buy the house gave Kinney a copy of “The Millionaire Real Estate Agent,” by Gary Keller. “I read that and decided to leave corporate cable sales and get my real estate license,” he said. 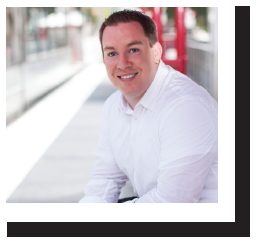 He began working in real estate in 2004 while still taking classes and found some early success. Toward the end of 2004, he decided to leave college a few classes shy of graduation to focus on real estate, but his education in some ways had only begun. “

Now, I attend more classes and read more books than I ever have in my life,” Kinney said. “I love education. I teach live and through webinars.”

Kinney says the desire to teach traces back to one of his first meetings as a real estate agent. “I remember raising my hand and hearing my voice crack and shake,” Kinney said. “And it just bothered me so much that I promised myself that at every meeting I would stand up and ask a question or talk until I broke it.

“So I went from talking at the meetings to leading the meetings. I volunteered to do the new agent training. Now I do webinars every other week and we get 3,000-5,000 people on each one. I worked my way through the fear. It was about me not wanting to be scared.”

As he worked through his issues with public speaking, Kinney was finding success as an agent as well, though he learned early on that he was better at the big-picture side of the business. “I’m not really a great agent. I’m good with people and I’m a good negotiator and good at presentations. But all the minutiae slows me down horribly.”

So Kinney began hiring staff to help him build his business. He utilized his computer science background to build a client base through search engine optimization, pay-per-click advertising and social media.

Kinney built such a strong technology-based business model that he was approached by Jay Papasan, who co-wrote “The Millionaire Real Estate Agent” with Keller, to write a book of his own.

The book, “[email protected]: Attract Friends, Followers, and Connections to Your Business,” is available as a free eBook.

These days, Kinney spends time not only building his own agency, which now has six locations in Washington, but using his technology experience to build a better real estate experience for consumers and agents alike.

“I love technology. I’m passionate about it,” Kinney said. “I feel that if we don’t innovate ourselves then the fees we charge our consumers are always going to be negotiable. And I wanted to create products that improve the real estate agent’s life and also improve consumers’ lives.”

Kinney has created two websites, Brivity and Blossor, designed to do just that. Brivity is a CRM, transaction management, marketing and communication tool for the real estate industry.

The system organizes the entire home buying or home selling process by assigning tasks to various members of an agency’s staff and automatically communicates to the consumer whenever a task is completed.

“Everything you do is communicated right back to the client, which is why we call this the transparency tool,” Kinney said. “Any time of day, the customer gets to log in and see all the things we’re doing for them — what the fees we’re charging are getting them. That level of communication and transparency has never been done in real estate, to my knowledge.” 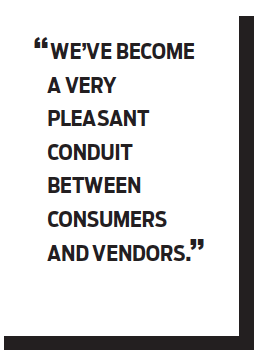 Kinney said the system was devised internally and he didn’t plan to make it available to other companies, but when he saw how much it helped his business, he thought that other companies could benefit as well.

“I think there are two problems in real estate,” Kinney said. “One, people hire agents who are part-time who don’t actually do the things that they say they do. Or two, the agents are doing all the stuff they need to get done, but they just aren’t communicating that to the consumer.

Blossor, on the other hand, is the tool that Kinney is even more excited about. “Blossor is my idea on what the future could be if we could create a national portal like Zillow, Trulia or Redfin that would make consumers happy and also make real estate agents happy,” Kinney said. “And I know that’s a bold statement to make because everyone has such strong opinions on portals, etc. But I believe we’ve figured out the answer.”

Kinney says that portals like Zillow and Trulia aren’t “consumer friendly” because those sites sell consumers’ information to agents. “The consumer doesn’t realize that they’re getting all these calls and texts from agents because these sites just sold them out,” Kinney said. “We wanted to create a consumer-friendly real estate experience. Their information will never be given to agents.”

But what sets Blossor apart is not just the way the site is structured from an agent/client perspective. The site also features what Kinney calls, “the best natural-language search in real estate.”

Kinney says they loaded “the entire English language dictionary” into the search matrix. “So you enter Seattle, over $1 mil (because I understand abbreviations), with a pool and it will pull up all the houses in Seattle with a pool that are listed for over $1 million. You could search for a Seattle home with a view of the Space Needle. Nobody has ever done that, by the way,” he said.

The information for each listing can be entered by the listing agent, but also by the site’s users.

“We want to make this fun,” Kinney said. “We want people to come back. So we allow everyone to be able to earn Blossor Bucks. I earn a dollar for telling Blossor what’s in the photo. I earn a buck for typing in a new sentence, for favoriting a property, for calculating a mortgage, for doing any of those things that I would want to do, I earn a dollar for it.”

Kinney says that he and his business partners have invested nearly $2 million in the two sites, with nearly $1.5 million invested just in Blossor. “It really has our heart and soul in it,” he said.

These days Kinney lives by a strict code dictated by a list of six goals that guide every decision in his life. Every time he looks at his phone he sees this:

He’s been consulting his list for about three years.

“All the things I’m working on are all posed around making those things work. When it comes up every time you look at your phone, it’s easy to decide if I should do something or not.”

Kinney uses the list to forge his own path, not just the one less traveled, but one of his own making.