For the last month, NASCAR driver Kevin Harvick has raced for the NASCAR Sprint Cup with a familiar name to those in the mortgage finance world adorning his #4 Chevrolet SS.

In September, Ditech Mortgage Corp. announced that it had entered into a partnership with Stewart-Haas Racing, which owns Harvick’s race team, to serve as an associate sponsor for Harvick’s team beginning with the Sept. 12-14 NASCAR Sprint Cup Series race weekend at Chicagoland Speedway in Joliet, Illinois.

ditech, which refers to itself with a lower case spelling in in all non-formal references, has received such a positive response from the sponsorship that it has decided to increase its involvement with Stewart-Haas Racing and Harvick’s team for the 2015 NASCAR Sprint Cup Series season.

In addition to the previously announced logo placement on Harvick’s car and on the chest of his firesuit, ditech will serve as the primary sponsor for Harvick’s car in two races in 2015.

“We are thrilled to expand our sponsorship with Kevin for two primary races in 2015,” ditech Chief Marketing Officer Rich Smith said. “It’s well known that NASCAR fans are steadfast in their support of team sponsors, and the surge in interest and awareness of the ditech brand is proof of that loyalty. Kevin continues to be a top performer in the Chase for the NASCAR Sprint Cup, and we look forward to seeing all that he and the No. 4 team can do this year and in the years to come.”

ditech was once one of the biggest names in the mortgage market. In the pre-crash days, ditech was one of the leading subprime lenders, with the bulk of its mortgages being interest-only, low-documentation subprime loans.

The company was also a pioneer in offering 125% loans, which allowed the borrower to borrow more than the sale price of the home. When the mortgage bubble broke, ditech suffered huge losses and disappeared from view until very recently.

The company re-launched in a new form in May, having been formed from the assets of the GMACRescap estate, purchased by Walter Investment Management Corp. (WAC) in November 2012.

At the time, the company said it was launching with a three-pronged approach to reclaiming some of the market share it once had, albeit with a new plan. The company’s new plan called for a focus on direct consumer lending, retail lending and correspondent lending with their 600-plus institutional partners.

Harvick and Smith appeared together on Monday to announce the increased partnership and to unveil a rendering of how Harvick’s #4 Chevrolet SS will look in the two races that will feature ditech as Harvick’s primary sponsor.

“We’re very proud to be able to deliver for ditech in such a short period of time,” said Harvick. “We’re here to win – for us, for ditech and for ditech’s customers – and come next year, we’ll have two opportunities to do it in a blue No. 4 ditech Chevy.”

Click on the image below for a larger look at the ditech color scheme that will adorn Harvick’s car twice in 2015. 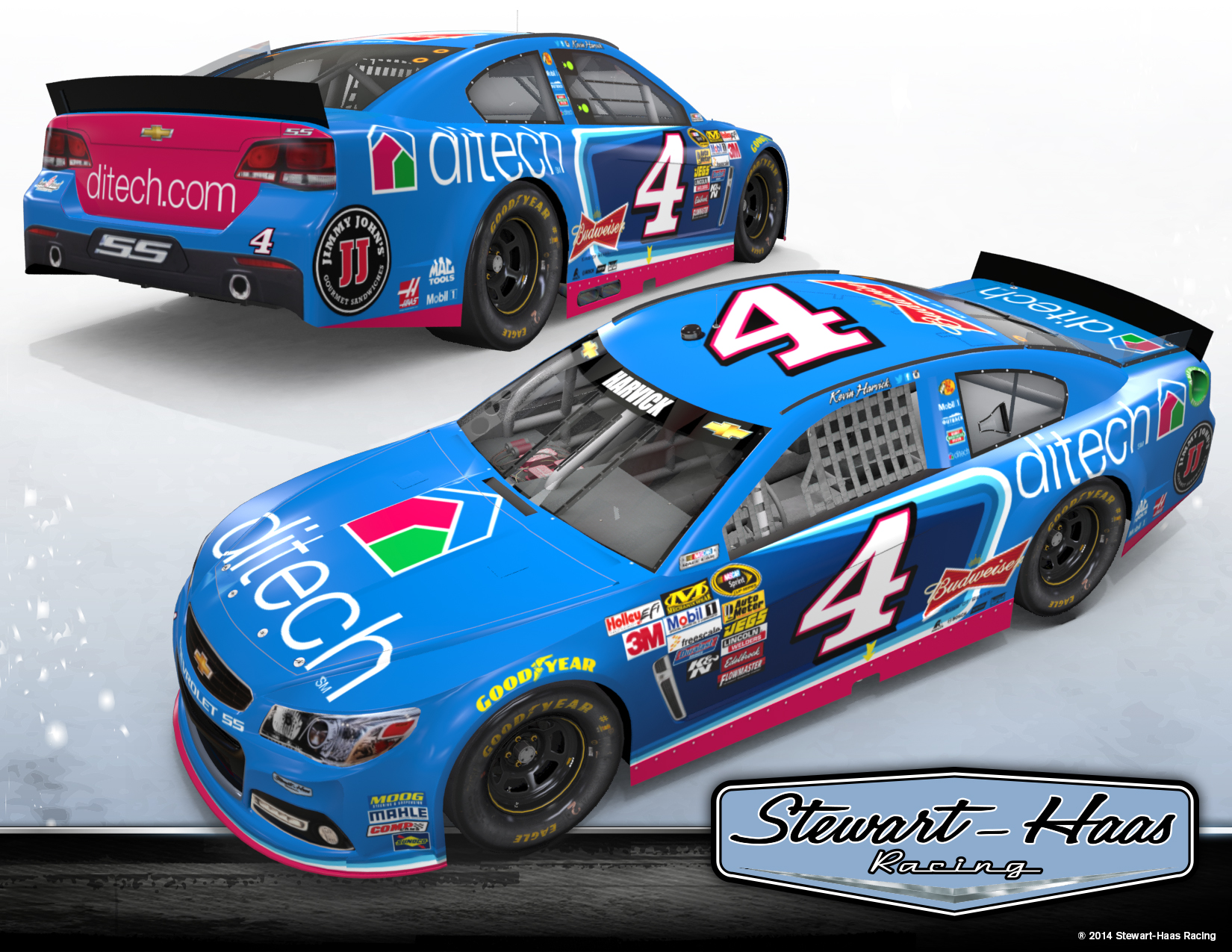 Although the increased sponsorship and color scheme was announced, it is yet to be determined which two races will see Harvick behind the wheel of the ditech-emblazoned Chevrolet.