While the forecast for the future of housing doesn't appear to be too bright, the same can't be said for each of the 50 individual states, some of which are not performing poorly at all.

In fact, the top states are expected to continue to flourish in the coming months.

An article in Business Insider ranked each state on seven economic measures: the July unemployment rate; the change in nonfarm payroll jobs from June to July 2014; the 2013 GDP per capita; the 2012 per capita consumption; the 2013 average annual wage; the 2013 exports per capita; and the 2012 government expenditures.

The state is home to giant corporations like Microsoft, Starbucks and Amazon, with the job market and IT sector projected to grow.

While the state is ranked in the four number spot, the article explained that Alaska’s oil has been so depleted that the state’s crude oil production is now fourth in the nation. The state has the highest GDP/capita at $70,113, an annual wage of $51,568 but lost 400 jobs in July.

“There have been a ‘slightly elevated level’ of layoffs, which the report states is a reflection of the ‘shifting ground under the financial sector’,” the article said. 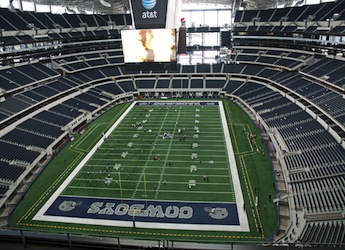 The Texas economy continued to grow between expansion in the oil, gas and construction industries. Texas added the highest amount of jobs, at 46,600. The average annual wage was relatively high at $51,187, while exports were also high at $10,567.

Ranking as number one, the article explained that North Dakota’s oil boom sped up the economy in the last few years, with the trend expected to continue due to a robust demand of energy.