Court documents first obtained by HousingWire reveal just how significant the account shortages were within the accounts of the law firm Morris Hardwick Schneider and its affiliated company, LandCastle Title.

These shortages, it is now alleged, led to Fidelity National Financial (FNF) bailing out LandCastle and “stepping in” as a 70% owner of the title company.

According to the lawsuit filed Monday in Fulton County Superior Court, MHS and LandCastle Title are suing Nathan (Nat) Hardwick, alleging that Hardwick embezzled at least $30 million from the companies’ own accounts and the companies’ trust accounts, allegedly using the money to pay for private jets, cover real estate investment losses, cover millions in gambling debts and other investments.

Hardwick was, until recently, the managing partner of MHS and was chairman of the board and CEO of LandCastle Title as well. According to the letter posted on Monday, Hardwick has resigned from his positions with both companies.

“Hardwick had direct access to all financial account statements and records and bank account statement and was, on a day-to-day basis, in communication with the entities’ chief financial officer and controller,” the lawsuit states.

The lawsuit alleges that Hardwick used that access to “systematically deplete” the firm’s and title company’s accounts for “his personal benefit.”

According to the court records, Hardwick allegedly misappropriated at least $30 million from the companies’ accounts to himself through various measures.

The lawsuit alleges that Hardwick diverted $6.3 million from the firm’s trust accounts to Divot Holdings, which is referred to as a “holding company controlled solely by Hardwick and unrelated to the plaintiff’s businesses.” Divot Holdings is also named as a defendant in the lawsuit, and its’ “registered agent” is listed as Hardwick.

Also named in the lawsuit are “John Doe 1-10,” which are referred to as “those other persons or entities that assisted, conspired, aided and abetted Hardwick and Divot Holdings in the wrongful acts.” 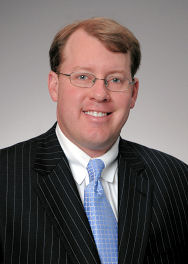 Hardwick also allegedly misappropriated funds from the firm and Landcastle to “fund a portion of his $3 million purchase of a luxury condominium unit in The Residences at The St. Regis Atlanta in February 2013.”

According to the lawsuit, Hardwick allegedly “systematically depleted the firm’s accounts, including firm trust accounts and firm operating accounts for his personal benefit. To fill the gaps created by Hardwick’s misappropriation of funds from the firm accounts, Hardwick caused funds to be siphoned from the LandCastle escrow accounts.”

Hardwick allegedly covered up his misappropriations by raiding other firm, escrow or trust accounts, shifting the funds from one account to another as needed to avoid discovery of the deficiencies.

“To hide the deficiencies created in those accounts by his misappropriation of funds, Hardwick caused or directed the manufacture of fraudulent bank statements,” the lawsuit states.

“For instance, in or around June of 2014, Hardwick caused or directed the alteration of a bank statement to mask a $1.1 million shortage in a LandCastle escrow account, which shortage would otherwise have given rise to further questions from auditors from a title insurance underwriter who had already been asking questions to the chief financial officer about the sufficiency of the account.”

The lawsuit alleges that Hardwick covered for the money shifting by manipulating the companies’ internal accounting records, specifically the accounting records maintained in SoftPro, a real estate escrow accounting and closing production system.

“When the funds were siphoned from one account to another, Hardwick caused an entry to be made in SoftPro so that the escrow accounts of the plaintiffs would appear to reconcile when in fact they had shortages of many millions of dollars,” the lawsuit states.

“For example, in November 2013 alone, there were five transfers of escrow funds from a LandCastle escrow account to a firm trust account totaling $1.25 million. Entries were then made in SoftPro escrow accounting records to disguise the transfers.”

The plaintiffs are also seeking “all compensatory and other damages as a result of the defendant’s fraud, conspiracy to defraud, conversion, unjust enrichment and breach of duty in the amount of no less than $30 million.”

Hardwick’s bio has been removed from the company’s website and his personal Twitter feed is now deleted.

Calls to the attorney listed as MHS’s counsel in the lawsuit were unreturned as of press time.

Hardwick’s attorney, Ed Garland, has issued a statement on Hardwick’s behalf, claiming that Hardwick is not guilty of “any improper, illegal or unethical conduct,” and states that Hardwick believes all of the money he received was “properly distributed to him as his share of the profits of the firm.”

Click here to read more of Garland’s response to the lawsuit’s claims.