For more than half a year, the mortgage finance industry grew to accommodate to the Consumer Financial Protection Bureau’s new Qualified Mortgage and Ability-to-Repay rules.

And so far, most lenders indicate that QM rules have had little impact on their business strategies, according to a new study conducted by Fannie Mae.

But this does not mean that lenders have come out clean, with many noting that they expect their operation costs to increase as a result of QM.

This is in addition to most lenders reporting increases in their costs for post-funding quality control related activities over the past 12 months, and an anticipated net tightening of credit standards as a result of QM rules.

Here is what Fannie discovered: 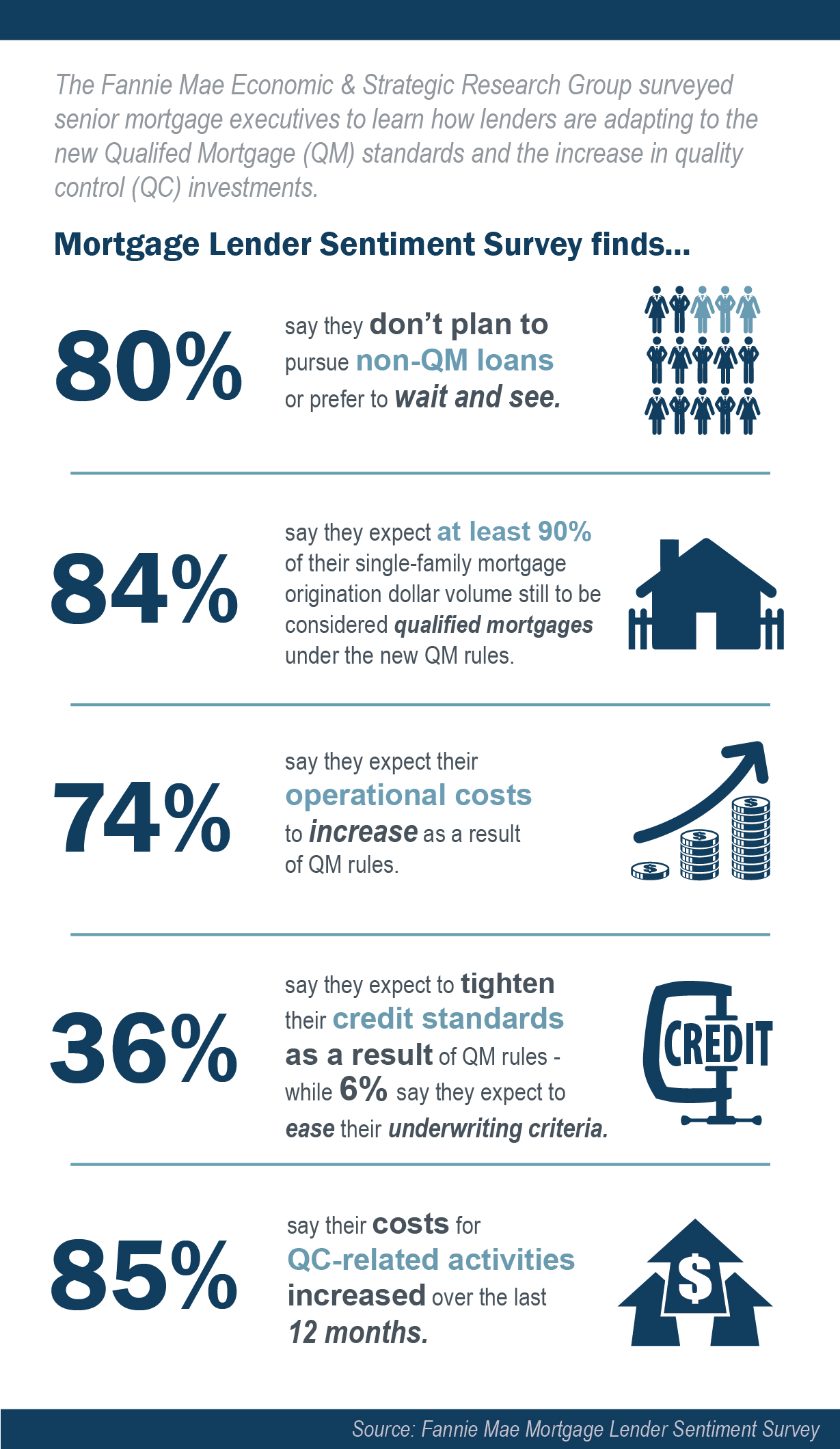 Despite 80% of mortgage lenders reporting that they don’t plan to purse non-QM loans or prefer to wait and see, there are still a handful of lenders venturing into the new territory.

Most recently, RPM Mortgage decided to enter into non-QM lending, joining a handful of others.

"In the new regulatory climate, we are seeing that a certain segment of financially sound borrowers is having difficulty finding loan products that suit their needs,” RPM's founder and CEO, Rob Hirt, said.

“To support these homeowners and borrowers in our communities, RPM has created programs that will help them secure a loan that meets their financial requirements without being penalized with an exorbitant interest rate," Hirt said.

There is currently $50 billion estimated in non-QM volume origination a year, which should create a significant net demand for private label mortgage-backed securities and whole loans, according to Ying Shen and Richard Mele, research analysts with Deutsche Bank (DB).

However, they don’t expect non-QM volume to rise significantly above the $600 billion mark, and instead, given the dominance of GSE and FHA/VA and the exemption under the ATR/QM rules, the non-QM market is expected to be small.

[PULSE] Forbearance 2020: Standing on the precipice

By virtually eliminating any barrier to entry to obtain forbearance, policy makers have created outrageous moral hazard with potential costs that are unfathomable.