Some industry observers have been predicting the demise of this market since Blackstone, the largest purchaser of single-family rental homes, announced plans to slow down its acquisition volume earlier this year. And various industry reports, interpreting public record sales data, have concluded that institutional investor activity has slowed down significantly over the first quarter of 2014.

Empirical and anecdotal evidence, however, paint a very different picture.

In mid-May I had the opportunity to participate in the Single Family Aggregation Summit put on by IMN in Boca Raton, Florida, where the presence of about 800 high-energy, highly interactive attendees suggest that rumors of the death of the single-family rental market may have been highly exaggerated.

What appears to be happening instead is that the market is evolving from its early stages — what was perceived as a fairly short-term play by large funds to buy lender-owned (REO) inventory, repurpose the properties as rentals to meet a growing market need, and then ultimately profit on the resale of the properties as home prices appreciated over a three- to five-year time horizon. 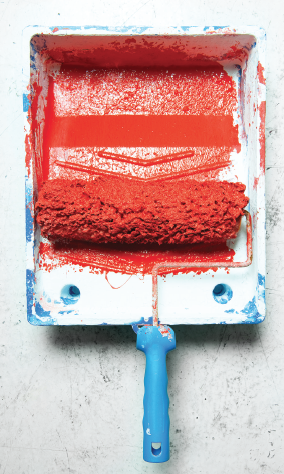 The idea of renting out single-family homes was hardly new, despite the near-breathless reports on this phenomenon by the media. There were already somewhere in the neighborhood of 12 million such properties being rented. What was new was the involvement of major institutional investors, who were attempting to do on a national scale what small, often individual, investors had done in smaller numbers in neighborhoods across the country. These institutional investors entered the market with great fanfare — and even larger checkbooks — and gobbled up distressed inventory in a number of regions, driving up home prices, and adding instant inventory to the over-subscribed rental market.

But housing market conditions changed much more rapidly than almost anyone had anticipated, and institutional investors found the practice of securing, repairing and renting out these distressed properties as complex and difficult as many industry analysts had predicted. Inevitably, things have changed since this initiative started not quite two years ago. And many of these changes were evident — and frequently discussed — at the conference.

So what has changed, and what are the implications?

THE PLAYERS ARE CHANGING

Early entrants like Och-Ziff and Carrington exited the market as home prices accelerated more rapidly than anticipated. Colony Capital and Waypoint slowed down the rate at which they were purchasing homes after acquiring large numbers early on. Most recently, Blackstone announced that it would be dramatically reducing the number of properties it was purchasing. Contrary to popular belief, however, these strategic retreats did not result in the end of the single-family rental investment strategy; it merely opened the door for different players.

Instead of uber-investors looking to acquire and run national rental networks, we’re beginning to see an influx of regional investors, who focus on relatively large portfolios of rental properties in more well-defined geographies — some covering several contiguous states, others a single state, some a handful of adjacent metro areas. In essence, we’ve seen the creation of a “middle class” of investors, filling the void between the institutions and the individuals, the latter of which still own the overwhelming majority of single-family rental units (one panelist noted that over 90% of all single family rental units are owned by investors who hold five or fewer properties).

The general consensus is that the number of single family rental homes will continue to rise as homeownership rates continue to fall over the next few years, and that this middle tier class of regional investors will be able to combine economies of scale with the operating efficiencies that limited geography provides.

At Auction.com we’ve seen large and small investors move “upstream” as REO inventory has become harder to find. Investors are buying short sale properties and trustee sale properties at foreclosure auctions to augment the number of REO homes they purchase. Some investors are even buying traditional retail properties that are listed on the MLS from real estate agents. But there are also two relatively novel strategies taking shape.

First, there’s the purchase of non-performing loans (NPLs). Ocwen, for example, creates its rental inventory by repurposing homes that have been foreclosed on when the borrower didn’t qualify for or couldn’t perform on a loan modification. NPL purchase activity has been at very high levels for the past two years, and it’s likely that at least some of those purchases have been done with this sort of program in mind.

At the opposite end of the continuum, there appears to be a movement toward purchasing “stabilized” assets – homes that have been repaired and rented out, and have a tenant in place. This approach makes sense for companies planning to establish REITs or issue securities, as they become immediate cash-flow producers, and don’t add to the vacancy numbers that rating agencies frown on. The growth of the middle-tier investor has helped create a unique ecosystem: these investors buy properties from the institutions that no longer fit the business models of the larger investors, and also buy portfolios of properties from smaller investors looking to cash out.

At the outset, most REO-to-rental business models relied heavily on home-price appreciation. Some had trigger mechanisms in place that called for assets to be sold once prices appreciated to a certain point; others blended moderate annual profits from rental income with estimated gains in home prices over some pre-determined period of time. Those models didn’t anticipate the incredibly rapid — and unsustainable — home-price appreciation that we saw in 2013. These price increases happened primarily in the cities and regions that had been hardest hit during the housing market meltdown — and, ironically, were caused by the frenzied buying activity of the investors themselves. As the “foreclosure discount” vanished, the notion of “buy below market and sell after the market has recovered” was no longer valid.

Not surprisingly, given everything above, we’ve seen buying patterns shift geographically as well. The early buying activity focused on some of the hardest-hit markets – Southern California, California’s Central Valley, Phoenix and Las Vegas. As home prices accelerated, and the monthly rent payments required to deliver even a modest return became too pricey to compete with other rental properties, investors began moving into other markets – Atlanta, Memphis and South and Central Florida. These were also areas that had been hit hard during the downturn, and home prices were often more moderate. As home prices across the country continue to improve, investors are moving into less expensive areas such as the Southeast (North and South Carolina) and Midwest (Illinois, Indiana and even Michigan).

One of the most interesting aspects of the REO-to-rental metamorphosis has been the migration of the large institutions — moving from the companies buying most of the properties to becoming the companies looking to finance most of the acquisitions. Colony Capital, Cerberus and Blackstone have formed business units that offer financing to small and mid-sized investors who want to purchase single family homes and rent them out.

It will be interesting to see if, as these institutions eventually exit the single-family rental space, they finance the purchase of the properties they sell. The public markets are now a viable option as well, as many of the investment firms buying properties have formed public REITs, and the first securities based on single-family homes as the underlying assets have come to market. There also appears to be a healthy flow of foreign capital entering the market, often deployed by U.S.-based LLC’s.

That’s a lot of change in a very short period of time, but it reflects the shifting nature of the housing market, and to some extent the overall U.S. economy. Most of the attendees I spoke with are bullish on the long-term opportunities for single-family rentals. Whether the properties are owned by national, regional or local investors – the consensus is that the number of units will continue to grow over the next few years as home ownership rates continue to decline.

Given that rental occupancy rates continue to hover around 96% — close to an historically high level — the need for more rental inventory will continue to grow, and for many families, renting a home is a more attractive option than renting an apartment.

There also appears to be a consensus among industry participants that the public market opportunity is in its infancy, that we will continue to see new securities issued and more REITs formed. And if the public market interest in apartment-based investment opportunities can be used as a proxy, there does seem to be significant headroom.

Finally, service providers and companies providing ancillary services have sprung up to create the kind of support that this industry needs. Carrington, for instance, redeployed its national network of property managers to make those services available to investors buying assets in multiple markets. Other companies provide similar services on a regional basis. Small firms have sprung up in markets across the country to do due diligence on properties and purchase them on behalf of out-of-town buyers. Ancillary service providers — home inspections, warranties, tenant marketing, home repair, tax accounting, software and technology — have targeted this segment as a growth market.

So the REO-to-rental market may not be what some of the earliest participants expected it to be, and in fact seems to be evolving from a distressed-property initiative to something entirely different, but for the foreseeable future, it looks like a solution to a growing market need — and an ecosystem still poised for growth.