Stanley Fischer is now the newest member of the Board of Governors for the Federal Reserve System after Fed Chair Janet Yellen swore him into office on Wednesday.

President Obama nominated Fischer on Jan. 13, 2014, and the United States Senate confirmed him as a Board member on May 21. Fischer was also nominated to serve as Vice Chair of the Fed Board. His confirmation for that position is still pending Senate approval.

Fischer was previously governor of the Bank of Israel from 2005 to 2013. Prior to his time with the Bank of Israel, Fischer was vice chairman of Citigroup. Fischer served as the first deputy managing director of the International Monetary Fund from September 1994 through August 2001. From January 1988 to August 1990, he was the chief economist of the World Bank. 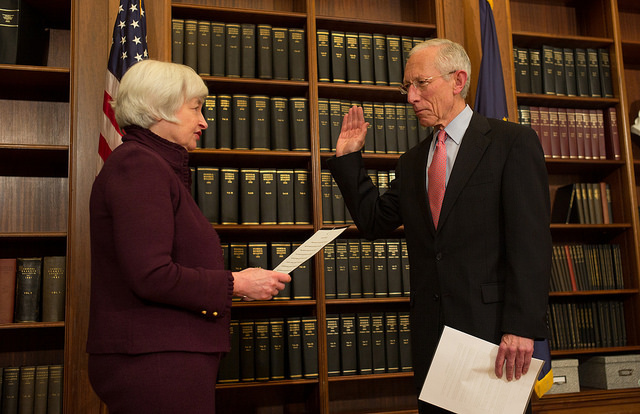 Credit reports are going to get a lot pricier in 2023 – by as much as 400%. Some mortgage trade groups say the FHFA and FHA should take action against FICO.