There has never been a better time to buy a home this year.

And yet despite three major advantages for homebuyers, sales so far have been slow.

Buying is cheaper than renting in most markets. And with mortgage activity down, originators, one would think, would be bending over backwards for applicants.

Additionally, according to the latest quarterly report from the Federal Housing Finance Agency, both Fannie Mae and Freddie Mac are reducing the money set aside to cushion any blow to their business, making it fair to say this is the result of the government-sponsored enterprises betting on a continued housing recovery.

There are three reasons this may be the best time to buy a home. (Click the next page below to see the list)

1) Mortgage rates are at six-month lows

Mortgage rates in the first week of May fell once again and this time to the lowest level since Nov. 7, 2013.

The latest Freddie Mac Primary Mortgage Market Survey recorded an average 30-year, fixed-rate mortgage of 4.21% for the week ending May 8, continuing to fall from 4.29% a week ago, but up from 3.42% a year earlier. 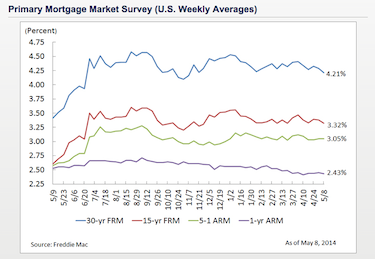 Also, existing home inventory is increasing. Home prices nationwide, including distressed sales, grew 11.1% in March from one year prior.

This is not too far off the February 12.2%, January 12% and December 11% rise over the past three months, respectively. 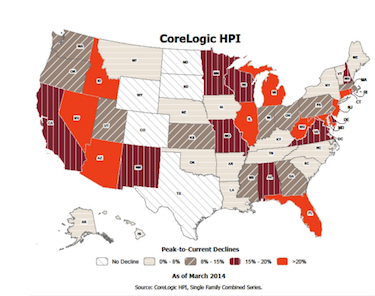 3) Most housing markets have recovered

Fifty-nine metros have fully recovered from the last housing market crash, and 300 saw year-over-year gains, according to an index of markets put together by the National Association of Home Builders/First American.

The nationwide economic score rose slightly to 0.88 from a revised April reading of 0.87.

This means that based on current permit, price and employment data, the nationwide average is running at 88% of normal economic and housing activity. The index showed an overall reading of 0.82 a year ago.
"Our builder members tell us they are starting to see more optimism in the field," said NAHB chairman Kevin Kelly, a home builder and developer from Wilmington, Del. "Mortgage rates are low, home prices are affordable and with the harsh winter behind us our latest surveys show builders are feeling more bullish about future sales conditions."

Credit and affordability issues remain, but this may be the best time for the buyer who is on the fence. 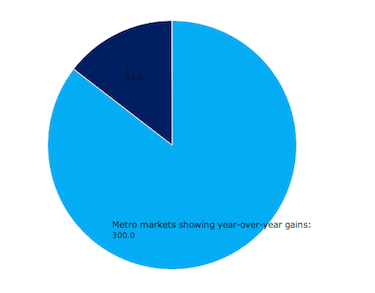