The CoreLogic [CLGX] latest National Foreclosure Report revealed that there were 48,000 completed foreclosures nationally in March, down from 53,000 last year, a year-over-year decrease of 10%.

“The inventory of homes in foreclosure and serious delinquency status are back to 2008 levels, yet remain elevated from a historical perspective,” said Mark Fleming, chief economist for CoreLogic.

Despite the housing market improving, Fleming explained that it still has a long way to go from being fully recovered.

“By way of comparison, distressed stock inventories are more than three times higher than the levels of the early 2000s, before the most-recent housing boom and subsequent financial crisis,” he continued.

“The pathway to a full recovery in housing is proving to be a very long one, but lower distressed stock levels are one clear indicator that we continue to make slow-but-steady progress,” said Anand Nallathambi, president and CEO of CoreLogic.

“Most states have made good progress clearing their foreclosure inventories but states that have a longer judicial foreclosure process such as Florida, New Jersey and New York, continue to struggle with elevated distressed stock inventories,” Nallathambi said.

See the next page for the highest foreclsore inventory states. 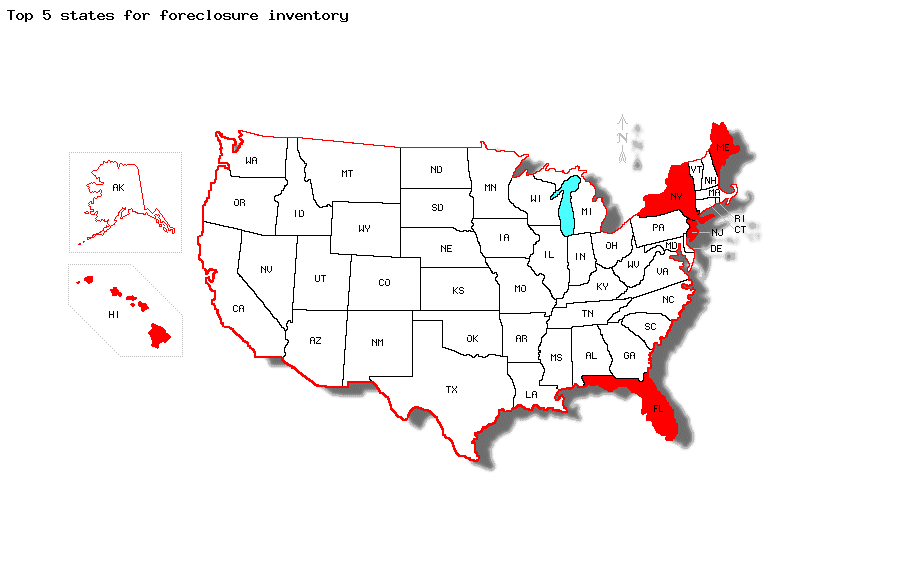 Five states with the highest foreclosure inventory as a percentage of all mortgaged homes were: