Tired of handing over so much of your hard-earned dollars to your state and local governments? Well, there’s hope for you. All you need to do is move to Wyoming, Alaska or South Dakota.

Moving to Alaska or Wyoming may be extremely beneficial to your bank balance in another way. That’s because those states rank 8th and 6th in average income. So your income goes up and your taxes go down? That’s a win-win. 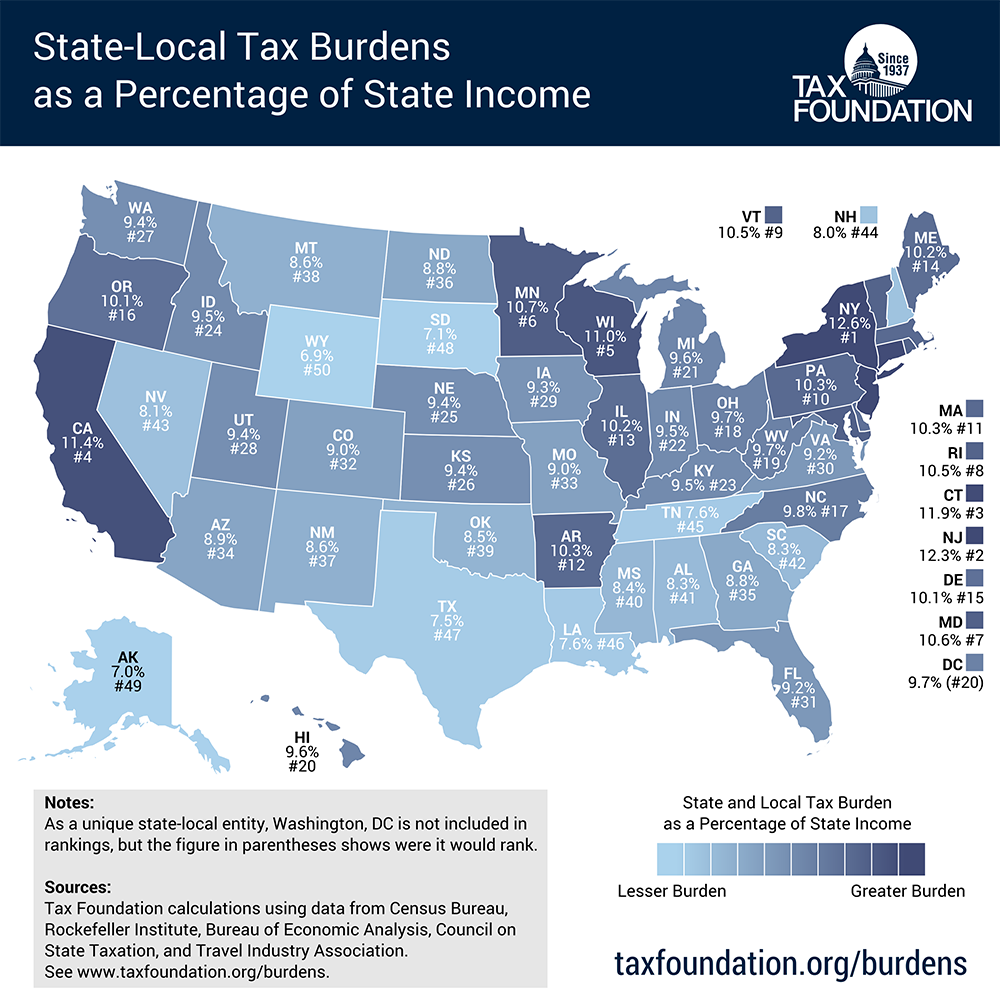 If you want the lowest total tax payment, then you’ll need to move to Mississippi, where the average tax payment to local and state governments is $2,620. Tennessee comes in 2nd at $2,777. South Carolina is just about Tennessee in third at $2,784.

Moving to Mississippi may mean you’ll have to pay less in taxes but you’ll probably be making less money too. That’s because Mississippi ranks last in average income at $31,067.

These figures are courtesy of TaxFoundation.org, which released its look at the individual state and local tax burdens in 2011, which is most recent data available.

The rankings are determined by totaling the amount of local and state taxes paid by state residents to both their own and other governments, then dividing those totals by each state’s total income.

Unsurprisingly, the states at the top of the tax burden rankings are also states that have top 5 income rankings as well. New York, New Jersey and Connecticut are the top 3 in tax burden. Connecticut ranks 1st, New Jersey ranks 2nd and New York ranks 5th in average income.

New York residents pay an average of 12.6% of their income in state and local taxes. New Jersey residents pay 12.3% and Connecticut residents pay 11.9%. Connecticut actually ranks highest in total tax payment amount at $7,150 but since they also make the most of any state’s residents, their tax burden ranks them third in overall percentage paid.

You can review the whole report here and check out how your state ranks.