Despite the chilling weather outside marking the start of winter and the Christmas holidays, end-to-end investor servicing company Statebridge remained in full operation. But what else would you expect from a native Colorado company?

While the state continues to flourish with tourists and new, eager residents, natives like Kevin Kanouff, president and CEO of Statebridge, are becoming more rare.

Based in Denver, Kanouff’s office is nestled right at the front of Statebridge’s headquarters. When the company relocated and broke away from the financial influence of Integrated Asset Services, Kanouff miscalculated the number of executive offices he required and came up one short — his.

He stepped back into the office and was putting his coat on the rack when he gestured to a pink shirt also on the rack. Women in the office had partnered together to run a charity race the next weekend, and Kanouff, in support, purchased matching shirts for them.

This type of teamwork embodies Statebridge.

As dedicated as Kanouff is to his employees and to encouraging their physical well-being, he is even more focused on ensuring that Statebridge is providing quality services.

“When we founded the company in 2008, it was born out of a desire to see a different kind of servicer,” Kanouff explained.

In his previous occupation, he provided surveillance on residential mortgage backed securities. 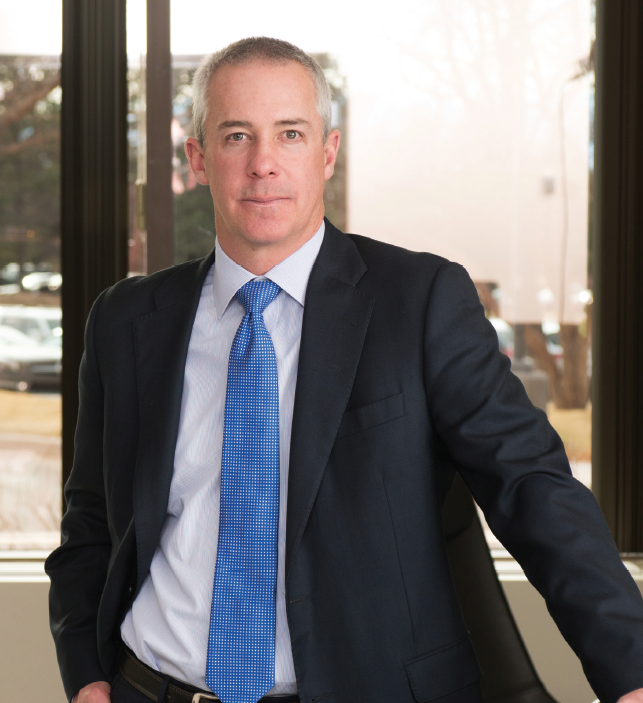 “We thought that the securitization industry would be frozen and had always wanted to build a servicer from scratch using the knowledge we had gained overseeing approximately $3 trillion in RMBS,” he explained.

The two spent the majority of their summer graphing a business plan for a new type of servicer, which would cater to the needs of the industry.

“We wanted to have high touch to both borrowers and investors and alignment with our clients,” he said.

In 2009, the company partnered with IAS, which allowed it to grow through the use of a shared-services agreement.

As a result, Kanouff was able to go to Wall Street and tell them that they had a significant infrastructure in place to manage loans.

“This allowed us to punch above our weight class and secure some key, large first few clients in 2010, once we received our final state regulatory approval,” Kanouff said.

By 2013, the company was able to grow the platform to over $2 billion under management.

But in an age where servicers are being highly scrutinized by regulators and shutting their doors, Statebridge rallied to set itself apart.

There are four things that differentiate the company from other servicers, Kanouff emphasized.

First, Statebridge is a true special servicer. “When we put our business plan together, we knew that the first thing we had to get set was to eliminate as many silos as possible,” he explained.

They enacted a single point of contact called the servicing specialist, who is assigned to a borrower from the very first communication from the company.

This way borrowers can remain with the same person and have the specialist’s direct phone number, email and address for when they need help or information.

“We find that the single point of contact increases our contact rates, rates of continuous contact,and loss-mitigation rates,” he noted.

“And it has the additional benefit of allowing one person here to be able to answer our investors’ loan-level questions.”

Additionally, the company aligns its economic interests with its investors, so when something positive for them happens, like a short sale, Statebridge also receives an economic benefit.

“We all share this benefit pro rata with our servicing specialists, so we have alignment both directions,” he said.

Third, Statebridge has a partner fund that will co-invest in clients’ deals if it is desired, allowing investors to have the best of both worlds.

Lastly, the company is heavily focused on compliance.

“We had the advantage of ‘growing up’ in the heightened regulatory environment, which has made us very sensitive to being compliant with the myriad of state and federal regulations,” he said.

With January barely out of the way, Kanouff said he predicts the implementation of the Consumer Financial Protection Bureau’s rules to be the dominant story in 2014.

And while he is thankful servicers were given a head start on getting into compliance and that Statebridge is ready, he is concerned with how some of the constraints on foreclosure in regards to loss mitigation will play out.

Kanouff cautioned that there could be some unintended consequences in that area.

“For example, I think some unscrupulous borrowers will take advantage of the rules,” he said.

“Also, I think that the possibility exists that the rules will impinge on servicers’ ability to offer loss mitigation in the later stages of default, which is unfortunate because most of our loss mitigation deals come at that time.”

On the positive side, Statebridge announced a recent deal with its new capital partner, FrontRange Capital.

“With this new partnership we will continue to invest in our primary, special servicing business, be in a position to have the tangible net worth to service GSE loans and look to build, buy or partner with a mortgage banking platform,” Kanouff said.

In light of its recent partnership with FrontRange, the servicer said it would look into qualifying for Fannie Mae and Freddie Mac servicing.

While the company wants to continue to be a special servicer, Kanouff said he also wants to diversify into servicing less delinquent pools of loans.

With the move into the government-sponsored enterprises and more performing space, Statebridge will simply be adding more loans that will use the loan administration functions already in place, fitting right into the company, he said.

As the company powers through 2014, Kanouff said he is in the business for the long haul.

He walked over and picked up a hand-crafted picture, clearly a present from his children.

“This picture is here to remind me everyday why I come to work,” Kanouff explained. And with that motivation in his pocket, Kanouff reaffirmed his dedication to making the industry run efficiently.