About three-quarters of buyers reported finding their homes using their phones, according to a report from the National Association of Realtors.

Mobile-phone use differed by generations: about 80% of Millennials, meaning younger than 38 years old, began their search on their phone, while 78% of Gen Xers, meaning 39 to 53, and 68% of Young Boomers, meaning 54 to 63, started there.

The typical buyer contacted an agent and visited a median of 10 homes over 10 weeks before purchasing a home, NAR said. Broken out by generations, it was older buyers who spent the shortest amount of time looking at houses. The so-called Silent Generation, meaning people older than 73, spent eight weeks searching for homes, while Young Boomers spent 12 weeks on their home search. All the other generations found a home in 10 weeks, the report said.

The use of open houses to view properties were about evenly split: 53% of home searchers reported going to open houses, and 47% said they didn’t.

The typical home buyer is 46 years old, married without children living at home, and has a median income of $91,600, the NAR report said. 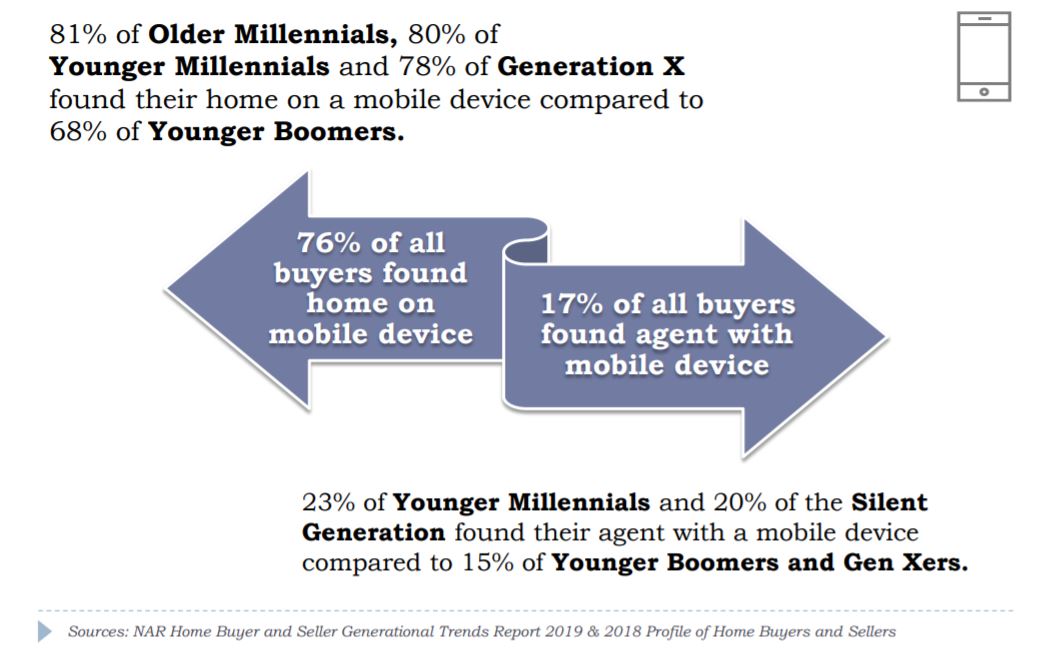