Opportunity Zones have been the talk of the real estate investor community for the better part of the last year, but given that the program is still so new, there's still lot of unknown about Opportunity Zones.

The image below highlights the top markets with the most opportunity zones: 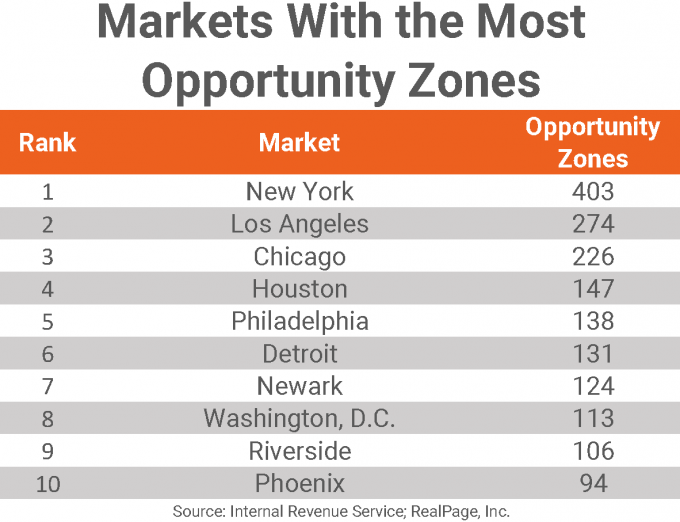 Unsurprisingly, a new report from RealPage shows that the markets with the most Opportunity Zones are large cities.

The Manhattan borough has the lowest concentration of Opportunity Zones, RealPage said, but there is no shortage of them in the Bronx or Queens, either. All five boroughs, Brooklyn, Bronx, Queens, Manhattan and Staten Island, have the most Opportunity Zones in the state.

ALTA Advocacy Summit set for May 18-20

The American Land Title Association (ALTA) will be hosting approximately 400 people at the ALTA Advocacy Summit on May 18-20.