There were many causes of the housing crisis, but near the top of the list (if not at the top) was the rise of subprime lending and its subsequent impact on the secondary mortgage market. 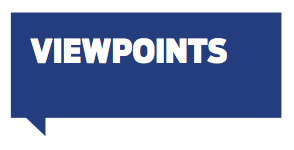 At the height of the subprime boom, there were approximately $625 billion in subprime mortgages originated in one year (2005). And that doesn’t even factor in Alt-A loans, which saw their popularity rise in tandem with subprime.

Eventually, as we all know, the bubble burst and subprime lending all but disappeared, driven into exile by new regulations like the Qualified Mortgage and Ability-to-Repay rules.

In recent years, non-QM loans have been on the rise as lenders and investors become more comfortable with loans that do not fit into the stringent government or government-sponsored enterprise credit boxes.

Recently, New American Funding and Plaza Home Mortgage increased their offerings and expanded into non-QM lending, joining a growing group of lenders that are offering mortgages to “non-traditional” borrowers.

NewRez and LoanStream Mortgage also increased their presence in the non-QM lending space.

Alarm bells went off in April when 360 Mortgage Group announced that it was launching a no-income, no-asset mortgage pilot program. The loan program, which the Austin, Texas-based mortgage banking firm calls the “Agency NINA,” does not require borrowers to prove their income or assets in order to be approved for the loan.

Despite the name of the loan, neither Fannie Mae nor Freddie Mac is backing these loans. And key to the development is that the loans are only available for investors. The Agency NINA is not available for owner-occupied properties.

And that’s the main difference between that loan and the ones that came before it. Same with today’s non-QM loans.

These aren’t the types of loans that got us in trouble in the last decade, but that doesn’t mean we don’t need to keep our eyes open.

A recent analysis of the rise of non-QM lending from DBRS sheds some light on why things are different now.

“Given the frequently weaker credit profiles of non-QM borrowers, some market participants have equated them to pre-crisis Alt-A or subprime mortgages,” DBRS’ analysts said in the report. “However, DBRS deems the credit quality of non-QM securitizations issued to date to be considerably improved from pre-crisis standards based on three key factors: ATR rules, tighter underwriting and independent appraisal process, and robust loan attributes.”

According to DBRS, the presence of the ATR rule, along with income verification and adherence to debt-to-income ratio thresholds, improves borrower affordability and protects both the borrower and the lender.

“This represents a significant improvement from the pre-crisis era,” DBRS said.

Along those same lines, DBRS notes that underwriting is “much tighter” than it was during the housing bubble.

“Income verification for salaried borrowers usually requires two years of W-2 forms and the most recent pay stub,” DBRS states. “For self-employed borrowers, some lenders may ask for two years of personal and business tax returns, but most programs employ bank statement underwriting.”

“While bank statements may be a more accurate reflection of income for these borrowers, the experience level and resources required to perform proper underwriting is often more advanced for such loans,” DBRS continues. “That said, the bank statement programs generally seen at non-QM lenders do verify income based on a review of 12 to 24 monthly deposits, which is significantly better than the verification used for stated documentation loans originated pre-crisis.”

Beyond that, lenders typically verify a borrower’s assets and employment. And depending on the loan program, borrowers must have enough liquid reserves on hand to cover at least three months to nine months of their mortgage payments.

Other factors contributing to stronger underwriting standards include FICO floors and loan-to-value caps that have been used.

Additionally, the reforms in the appraisal industry have decreased risk. In the pre-crisis days, appraisers were often part of the underwriting process and contributed to inflated loan amounts.

DBRS describes the Wild, Wild West appraisal environment with some interesting phrasing: Pre-crisis, incentives had often been misaligned, so there may have been coercion imparted on appraisers to inflate property values during the underwriting process.

That’s a fancy way of saying that some appraisers were getting money from lenders for appraising properties at higher price points, thereby leading to increased mortgage amounts.

But that doesn’t happen anymore…that we know of.

Add all that up and you get loans with more “robust attributes,” according to DBRS.

According to DBRS, in non-QM securitizations it reviewed, weighted-average FICO score “rarely” falls below 690 and the WA LTV ratio is somewhere between 75% and 80%.

Contrast that with the pre-crisis days of 620 FICO scores and 90% LTV ratios in many subprime securitizations.

Beyond that, today’s non-QM loan pools contain far fewer cash-out loans, which is “very different from the pre-crisis phenomenon where borrowers were essentially using their homes as a cash machine to take money out,” DBRS said.

And the positive results of all of those underwriting changes are seen directly in the loan performance of the recent non-QM originations.

According DBRS’ report, the vast majority of non-QM loans have remained current since origination, with 60-day delinquencies typically remaining under 5% in rated transactions.

Voluntary prepayment rates have been higher across all non-QM pools, as DBRS notes that many non-QM borrowers tend to improve their credit and refinance into lower cost mortgages with a few years of origination, especially in the low interest rate environment of the last several years.

“Because of the fast loan seasoning and a mostly benign housing cycle, non-QM transactions have shown minimal, if any, losses to date,” DBRS notes.

But that doesn’t mean that there isn’t some risk associated with the increase of non-QM lending in the last few years.

“If the economic environment becomes more distressed, some of the non-QM borrowers, particularly those with a history of credit events, may come under pressure, although DBRS generally believes that the rated non-QM securitizations are sufficiently credit enhanced to withstand expected losses at various stress levels,” DBRS states.

DBRS there is referring to how investors will make out if there’s a downturn in the economy. And while today’s non-QM mortgage bonds may be structured so investors won’t take heavy losses, that doesn’t mean that there still won’t be losses.

And “losses” in that case means that someone is likely losing their home.

The last thing the housing industry needs is another foreclosure crisis. So while it makes sense to see lending standards expand beyond the government and GSE standard, it must be done smartly.

So far, so good, it appears. But will things stay that way when there’s money to be made? We’ll see.

Mat Ishbia, chairman and CEO of United Wholesale Mortgage (UWM), and his brother Justin, are buying 50% ownership of the franchises.