Although home price appreciation has slowed across the country, new data from Redfin suggests San Francisco’s housing market is projected to reverse course.

According to the company’s data, while San Francisco’s home sale prices have fallen for the last three quarters, the typical home budget for homeowners has managed to hold steady.

“In the first quarter of 2018, the average home budget for Redfin users peaked just before the average sale price peaked at $1.75 million in the second quarter,” Redfin writes. “Since then, average home prices in the metro have declined to $1.59 million last quarter, while budgets are holding steady around the $1.7 million mark.”

Since changes in the average home budget for San Francisco homeowners typically precede similar changes in local average sale price, the company believes the dichotomy could signal an oncoming rebound for home prices.

Redfin attributes this comeback to anticipated growth in the city’s IPO wealth.

“Redfin.com users’ home search activity tells us that the current dip in San Francisco home prices is most likely a temporary blip,” Redfin Chief Economist Daryl Fairweather said. “There is an immense amount of wealth in the city that will continue to grow as billion-dollar-plus tech companies go public. And since there is already a shortage of homes for sale, it’s hard to imagine a scenario where home prices don’t go up.”

In fact, Redfin’s analysis indicates that with the wealth created from Lyft’s IPO alone, current and former employees of the rideshare company could purchase every single home for sale in its San Francisco hometown in cash.

Furthermore, with the rumored possibility of Uber, Slack and Pinterest going public sometime this year, the city's homeowners now expect an income boost as well.

“Some tech workers in the area, whether they’re first-time buyers or contemplating moving up, are anticipating an influx of funds into their bank accounts in the months after their company goes public and the lockup periods end,” Redfin Agent Miriam Westberg said. ‘They may not be ready to buy just yet, but they are upping their expectations in online searches.” 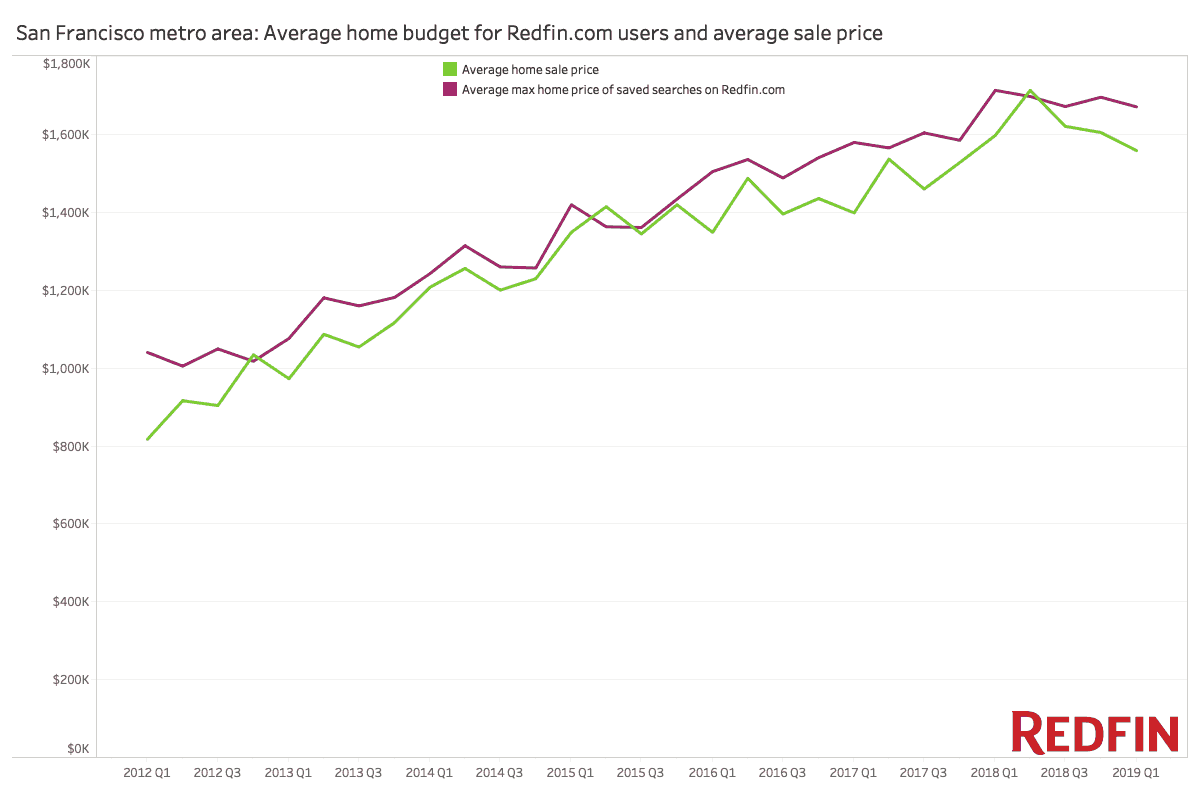 NOTE: Redfin’s analysis is based on the maximum price filters set by homebuyers in roughly 180,000 saved searches for homes in the San Francisco metro since 2012.