Earlier this month, Apple revealed it had selected Austin, Texas, as home for one of its new campuses. The tech giant's campus has the potential to bring an estimated 15,000 jobs to Austin’s local market.

“Apple is among the world’s most innovative companies and an avid creator of jobs in Texas and across the country,” Texas Governor Greg Abbott said in a press release. “Their decision to expand operations in our state is a testament to the high-quality workforce and unmatched economic environment that Texas offers."

According to data from Redfin, Apple’s job prospects are likely to heat up the city’s housing market, as Californians' interest in the Silicon Hills is increasing.

In fact, Redfin data indicates that even before Apple announced plans to tremendously expand its presence in Austin, 19% of Redfin users searching for homes were from the Bay Area.

Furthermore, Redfin explains that in the third quarter of 2018, 2.9% of users wanting to leave the Bay Area sought out Austin. This propelled the city to the sixth most popular destination for people considering leaving the region, and the most popular area for those searching away from the West Coast. 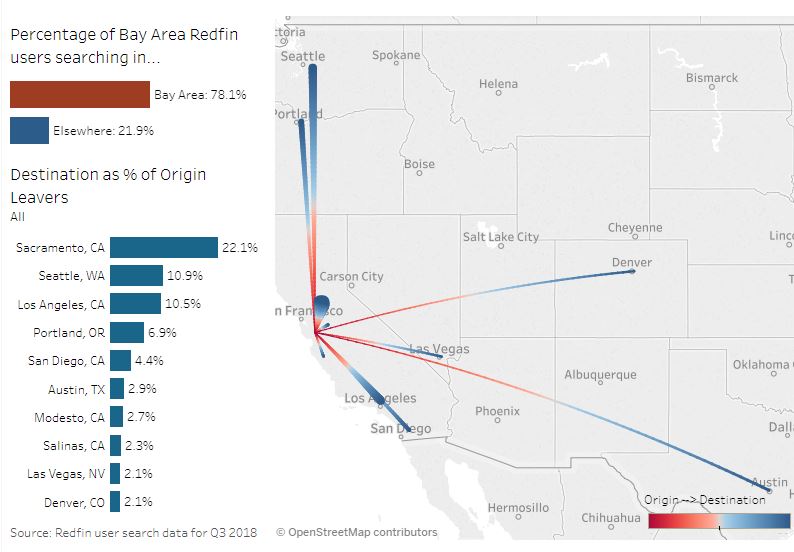 Austin-based Redfin Agent Andrew Vallejo said that over the last two years the majority of his clients came from the Bay Area, with a large portion of them work for tech companies.

“The new Apple campus will be housed close to North Austin, which is about 10 miles from downtown and a popular location for tech employers, Vallejo said. “When people come to me and ask where in Austin to invest, I tell them North Austin. Tech companies are already having a major impact on the Austin market, but the Apple announcement is adding to the buzz.”

Notably, Redfin reports that this buzz is already driving up home prices in the area, as deep pocket Bay Area buyers compete for housing.

“People who sell their house in San Francisco or San Jose and move to Austin often have much more money than they need for a house in their new city,” Vallejo continued. “Some homebuyers are willing to do whatever it takes to beat out another offer, and that’s what ultimately drives up prices.”