Say hello to ARIVE, a private technology company based in Philadelphia with very ambitious goals.

What does it do? Well, officially it offers a new “ecosystem” for independent mortgage brokers. This means ARIVE is a single portal to bring together lenders, loan officers, third-party vendors and even potential borrowers.

[Screenshots of the ARIVE platform are provided below this article.]

Brokers will be able to check pricing, lock rates, upload documentation, and much more — all in a first of its kind environment that unites traditional human connection with cutting-edge technology, the company said in a statement.

The aim of ARIVE is to give power to loan officers considering a transition into the wholesale space, according to Mat Ishbia, president and CEO of United Wholesale Mortgage.

"ARIVE will be the biggest tech disruptor the mortgage industry has seen in years," said Ishbia. "We know that mortgage brokers have better price and products than many retail lenders and mega banks, and now they'll have a significant competitive advantage in the technology space, as well. I truly believe this will fuel even more explosive growth in the wholesale channel, as loan officers will make the switch from retail to wholesale at a faster pace than they already are."

ARIVE has brought on Katie Sweeney to serve as its SVP of B2B relationships. In her former position as VP of front-end solutions with Pacific Union Financial she ushered several major mortgage technology projects forward, including multiple implementations as well as custom application development initiatives.

The Association of Independent Mortgage Experts has partnered with ARIVE to help promote the service to independent brokers. AIME said the tech platform will help keep the smaller players more competitive in a crowded marketplace for LOs.

"While big retail mortgage lenders and fintech companies are focusing on technology to eliminate the people part of the mortgage transaction, we are going in the opposite direction,” said Anthony Casa, chairman of AIME. “Partnering with ARIVE to develop a digital mortgage platform will empower independent loan originators to better serve their customers and communities.”

At the request of HousingWire, ARIVE provided the following examples of its platform. 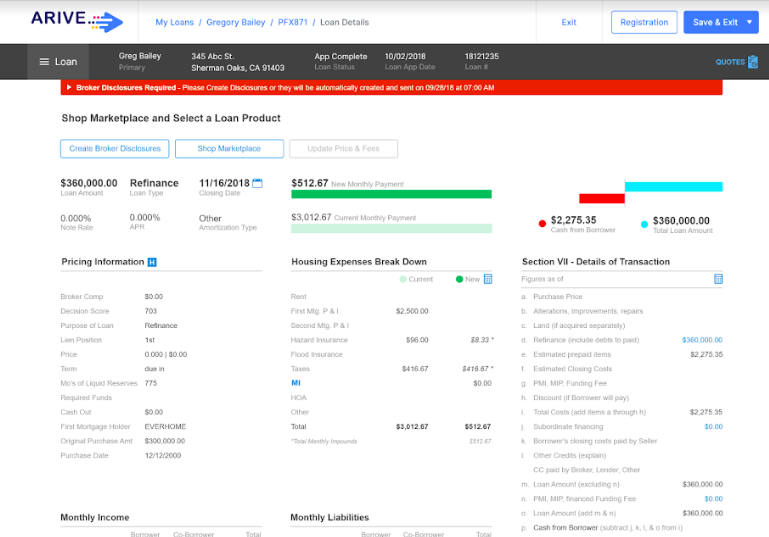 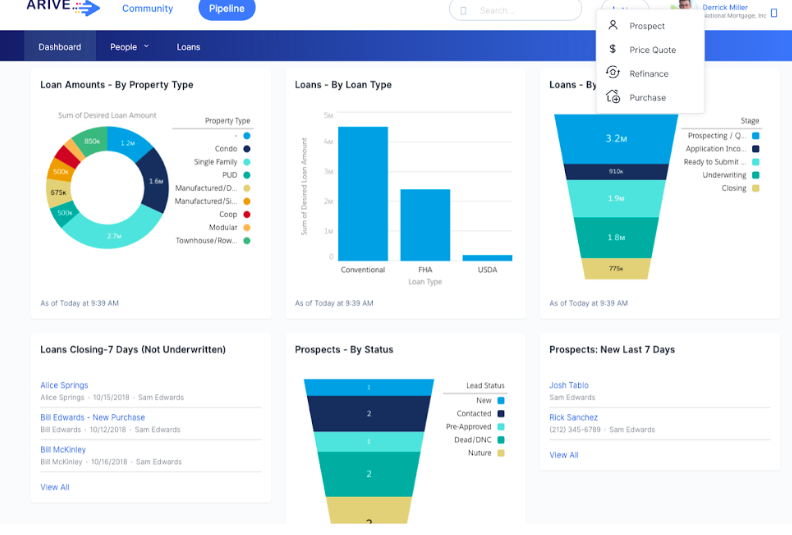 Consumer Financial Protection Bureau Director Kathy Kraninger announced Wednesday she is resigning from her post at the request of President Joe Biden’s administration.