Freddie Mac’s chief Economist Sam Khater said mortgage rates remained relatively stagnant over the past week, which has been the dominant theme since late spring.

“This stability in borrowing costs comes despite the highest core inflation rates since 2008 and turbulence in the currency markets,” Khater said. “Unfortunately, this pause in rates is not leading to increasing home sales. Purchase mortgage applications trailed year ago levels again last week, and it’s clear that in some markets the combination of ascending home prices, limited affordable inventory and this year’s higher rates are curtailing homebuyer demand.” 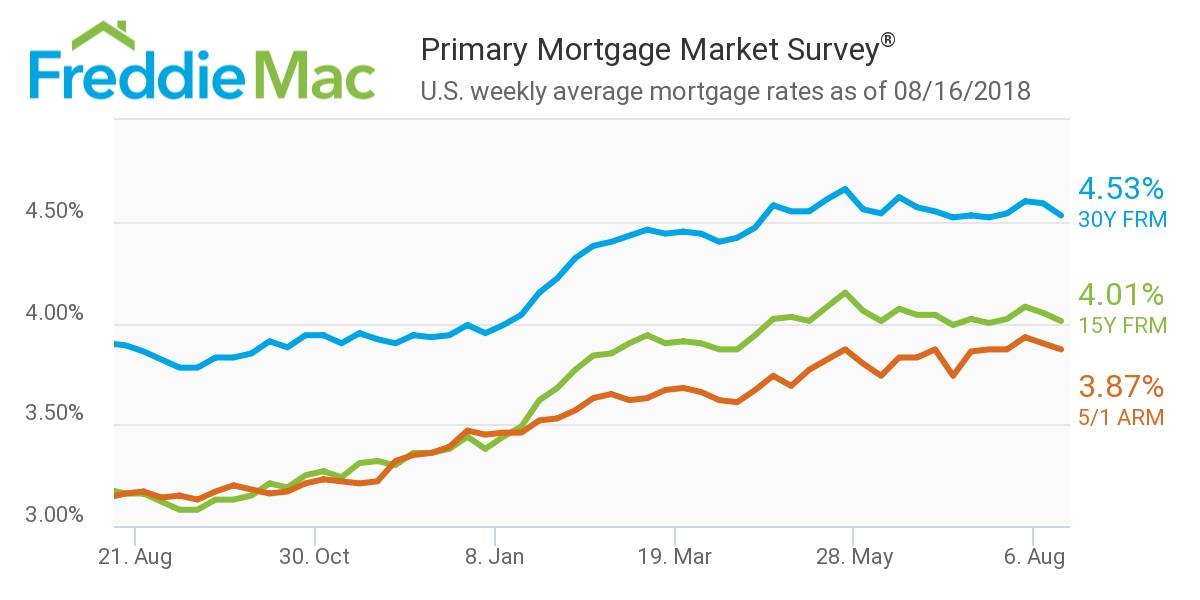 In fact, concerns about market affordability contributed to homebuilder confidence falling one point to 67 in August, according to the National Association of Home Builders/Wells Fargo Housing Market Index. Additionally, newly released data indicated that housing affordability reached a 10-year low in the second quarter of 2018.

The five-year Treasury-indexed hybrid adjustable-rate mortgage averaged this week at 3.87%, down from 3.90 last week, but still up from this time last year when it was 3.16%.