After steadily climbing for the past 13 years, the population of renters decreased for the first time since 2004, according to the Annual Rent Report from ABODO, an apartment listing service.

In fact, a report from Harvard University's Joint Center for Housing Studies shows there are about 43 million renters in the U.S. – making up more than a third of U.S. householders.

Although the number of renters declined slightly in 2017, they continue to hold a significant claim on the market as renting now far outpaces ownership.

And while the number of renters declined, rent prices shows no signs of slowing down. The national median rent for a one-bedroom increased 2.4% to end the year at $1,040 while rents for two-bedroom apartments increased 3% from January to December 2017 to $1,252, ABODO’s report showed.

The chart below shows much of this gain was made during the final months of 2017, when rental prices began to suddenly rise in October, November and December. During the first quarter of this year, rent prices actually decreased. 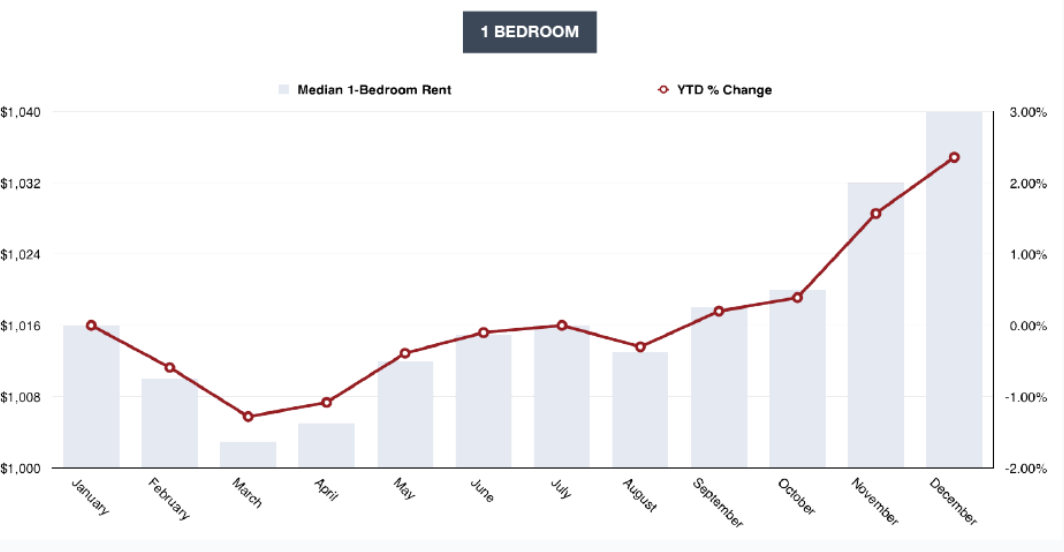 But rent prices varied significantly by region. While the national median increased in 2017, rent went up in only 28 states and the District of Columbia. It decreased in another 21 states and stayed the same in South Dakota.

The map below shows which states saw increases and in which states rent decreased during 2017. The states with the highest average increases included Rhode Island, which increased a full 7.8% per month, West Virginia at 5.3% and Wyoming at 5.1%.

The states that saw the most decreases in rent prices include Connecticut, where rent fell an average 3.8% per month throughout 2017, Washington which fell 1.3% per month and New Mexico with its decrease of 1.1% per month. 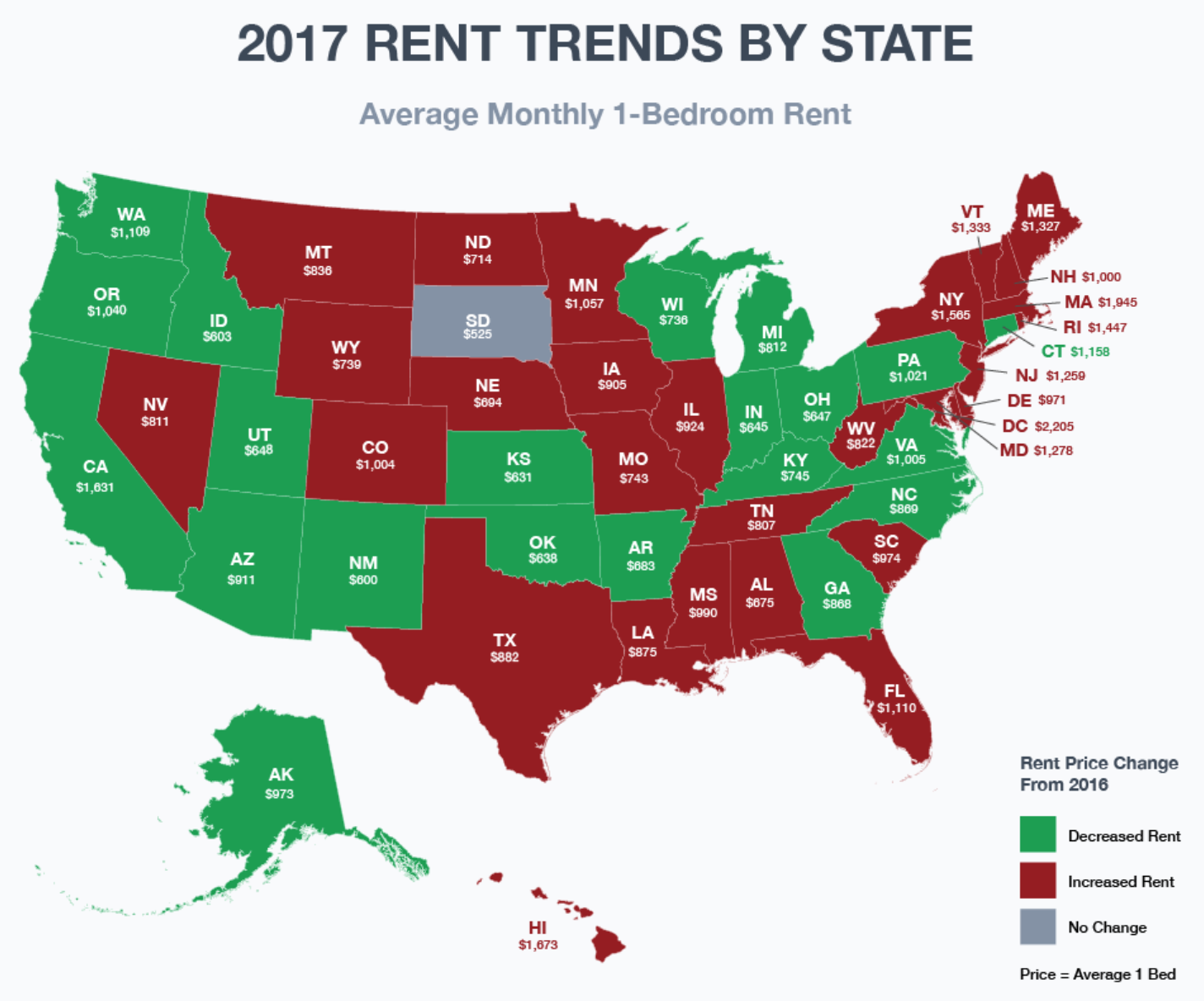