Mortgage rates decreased for the fourth consecutive week and the 30-year mortgage hit a new low for 2017, according to Freddie Mac’s Primary Mortgage Market Survey. 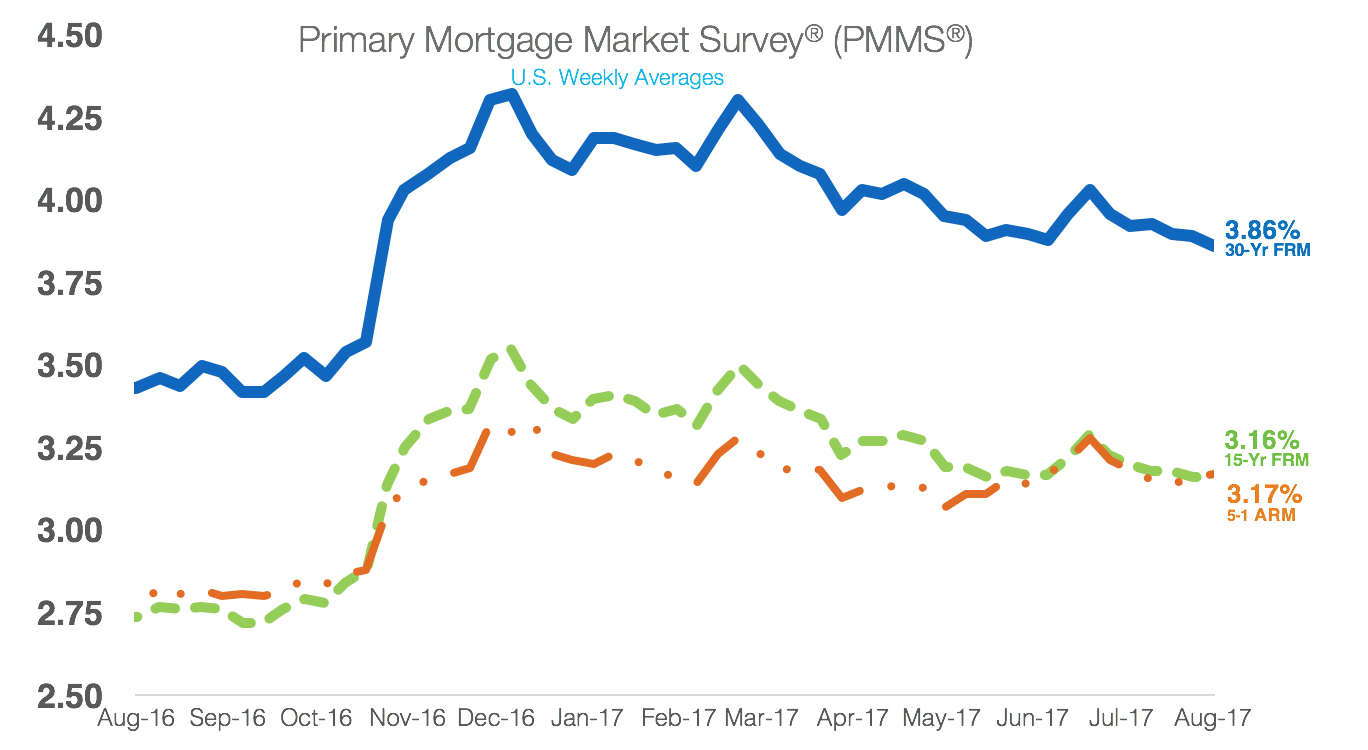 The five-year Treasury-indexed hybrid adjustable-rate mortgage increased slightly, hitting 3.17%. This is up from 3.16% last week but down from 2.75% last year.