Home prices increased in the second quarter, but moved only slightly from May to June, according to the House Price Index from the Federal Housing Finance Agency.

The chart below shows the continually increasing home prices which showed a slowdown over the past couple of months. 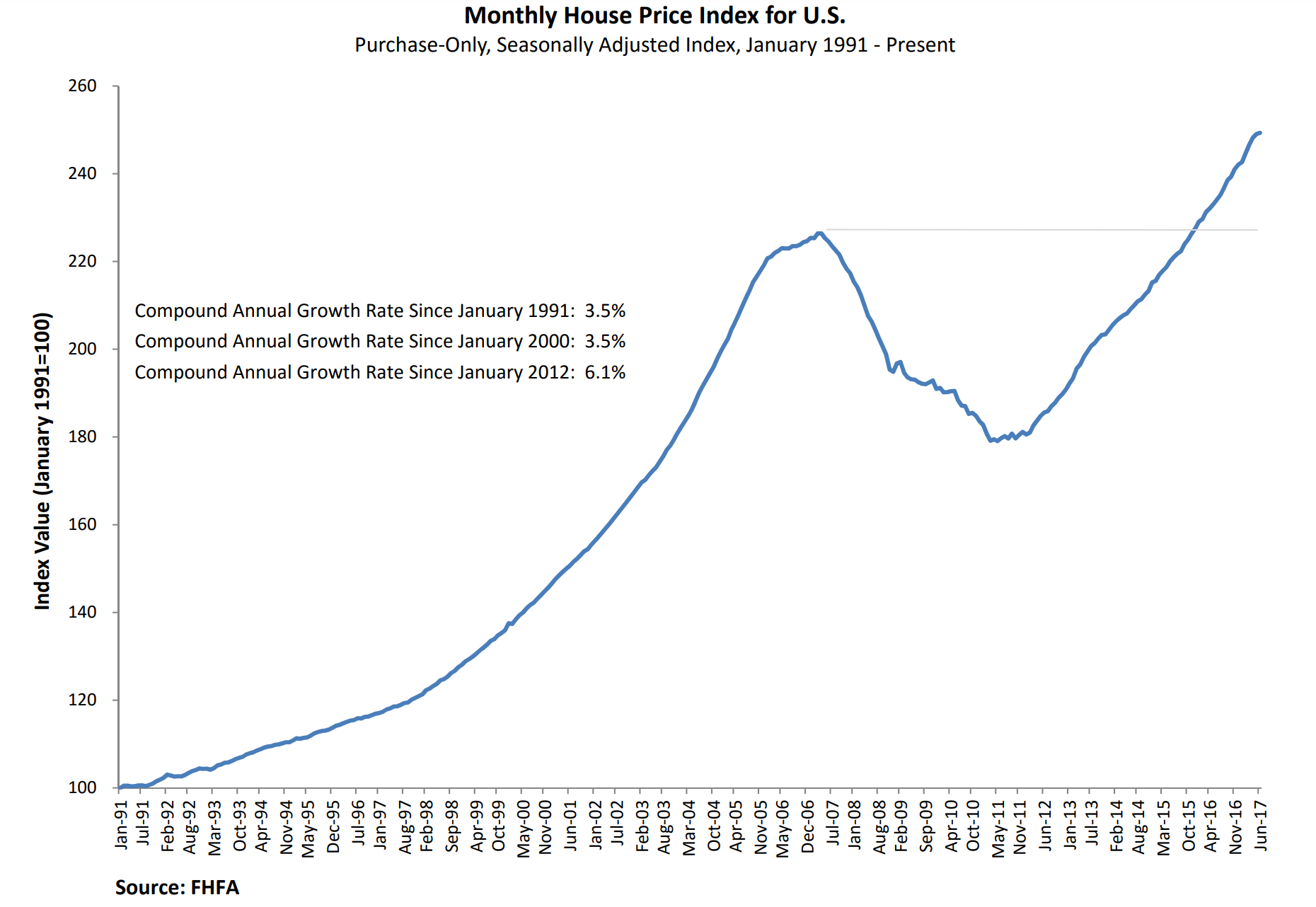 “U.S. house prices rose in nearly every state during the second quarter,” FHFA Senior Economist William Doerner said. “New home sales are climbing but, relative to the overall population, they still remain low from a historical perspective. The tight inventory is a major explanation for why house prices have been increasing every quarter over the last six years.”