All hope isn’t lost for renters looking to buy a home in today’s competitive market, according to the National Association of Realtors.

Homeownership rates recently dropped to their lowest levels since 1965, which Trulia Chief Economist Ralph McLaughlin attributed to the increase in renters, not necessarily a decrease in homeowners.

NAR reviewed employment growth, household income and qualifying income levels in almost 100 of the largest metropolitan statistical areas across the U.S. It used this information to determine which areas with employment gains above the national average also have the largest share of renters who can afford to buy a home.

Of the top 10 metros with the highest share of renters who can afford to buy a home, nine were in the South or Midwest.

“However, this new study reveals that there are several affordable, middle-tier markets with solid job gains and a large segment of renters who earn enough to buy,” Yun said.

The national level of renters qualified to buy a home is 28%; in these top metros, the share was much higher.

Here are the top 10 metros for renters who could afford to buy a home: 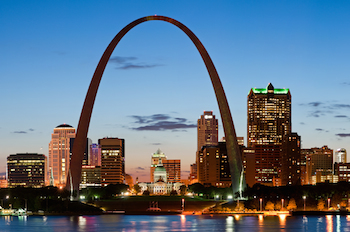 The median home price is lower in the Midwest and South than in the other parts of the U.S., making it no surprise that most of the top markets are in these regions, according to Yun.

“Overall housing affordability and local job market strength play a pivotal role in a renter’s decision on whether to buy a home or sign another lease,” Yun said. “The good news is that other recent NAR survey data shows that those residing in the two regions were the most likely to say that now is a good time to purchase a home.”

“With mortgage rates now at their all-time low, these identified markets are well-suited for the many renters financially capable and interested in taking advantage of the stability and wealth-building benefits owning a home can provide,” Yun said.

Millennials don’t trust lenders or the housing market – So how do we reach them?

One of the most defining characteristics of the Millennial generation’s experience with the financial and housing ecosystems is that of fear. HousingWire Columnist Kristin Messerli offers a social work-inspired approach to help housing professionals reach younger homebuyers.

Equifax expects to pay out another $100 million for data breach

The Department of Justice says it knows who hacked Equifax and exposed the sensitive personal information of 148 million consumers, but that doesn’t mean the breach is behind Equifax quite yet.