The Texas housing market is on fire, with home prices skyrocketing to an all-time high in the second quarter of 2015, the latest market report from the Texas Association of Realtors said.

Back in March, the state was concerned with the potential impact of oil prices, causing the Federal Reserve Bank of Dallas to predict that Texas job growth would slow between 1%-2% in 2015 from 3.4% last year.

But so far, the impact of oil prices on Texas housing has yet to be seen.

"The impact of lower oil prices continues to be delayed, leading to a surprisingly strong second quarter. In fact, Texas home sales are actually stronger than they were this time last year, when oil prices were nearly $100 a barrel," said Scott Kesner, chairman of the Texas Association of Realtors. "This is further evidence of the strong and enduring demand for Texas real estate."

Monthly housing is still very much a seller’s market as inventory continued to decline, falling 9.2% year-over-year to 3.8 months.

"Despite expected negative impacts from the decline in the oil price and rig counts, both existing housing development and new single-family home sales continue to be strong. While a down oil and gas market makes it difficult to forecast Texas real estate for the rest of the year, preliminary numbers indicate a positive third quarter of 2015. Additionally, the expectation of rising interest rates in the near future could be stimulating demand as well," said Jim Gaines, economist with the Real Estate Center at Texas A&M University.

See the next page for charts on four of the top housing markets.

Realtor.com published its newest list on the 20 hottest housing markets in the country in July, with four Texas cities making the cut.

Here are more details on those four. 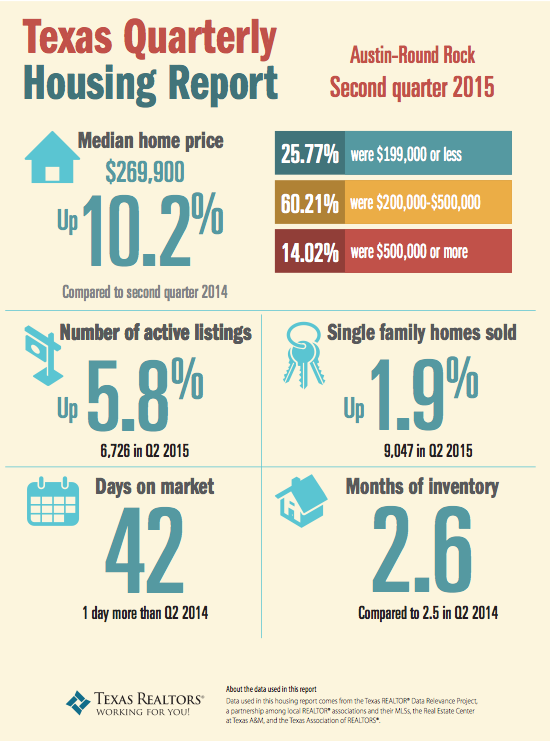 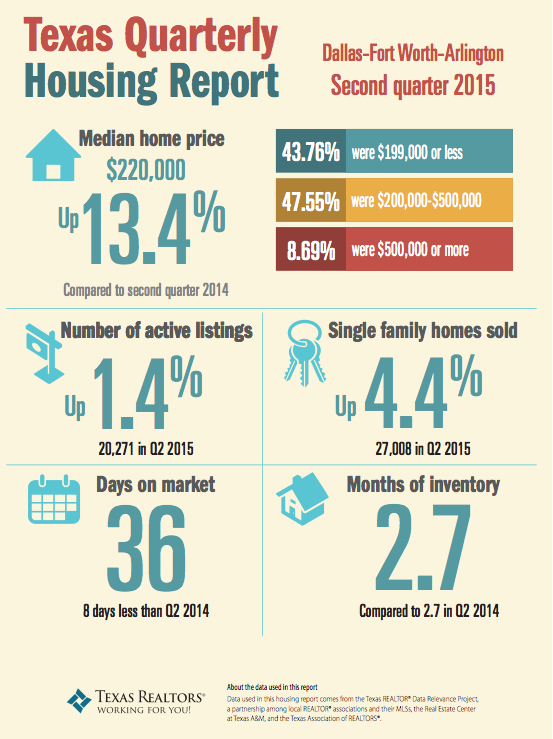 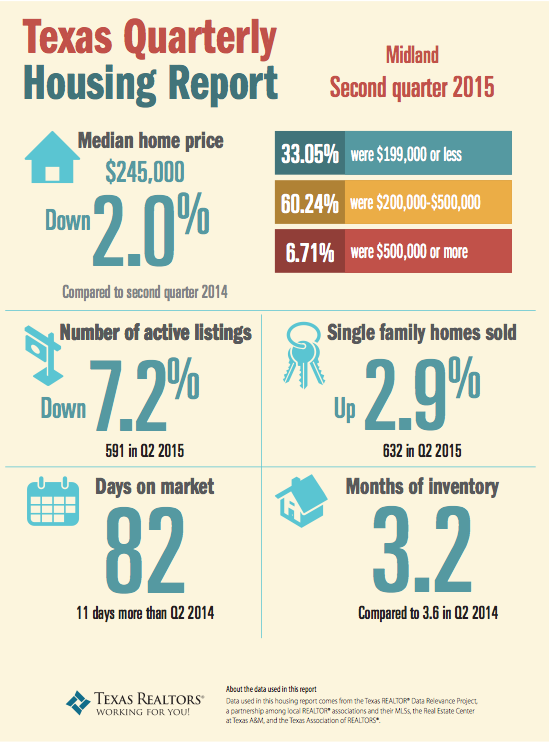 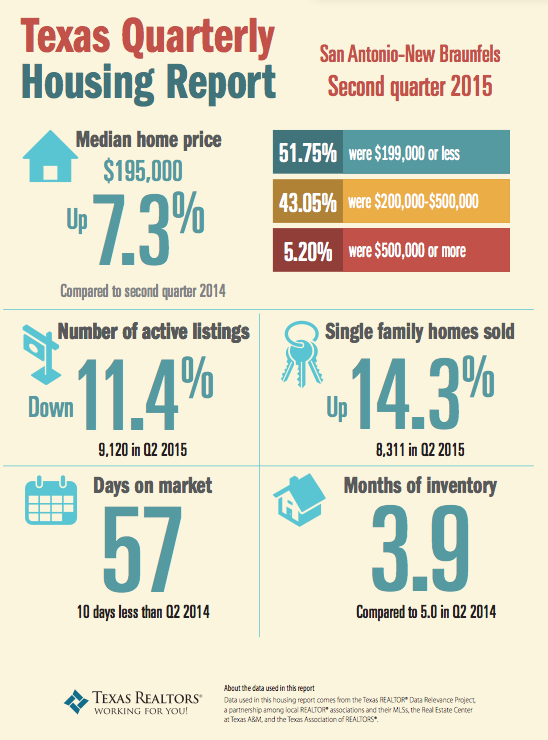