Sue Allon left her position at Stewart Lender Services in mid-January before the ink on her new business cards could even dry.

At the beginning of September, HousingWire announced that Stewart Lender Services agreed to acquire key assets of Allonhill, the industry due diligence and risk management company founded by Allon.

But according to industry insight, Allonhill was in the middle of a rough patch and stuff was unwinding, turning the acquisition into a fire sale. 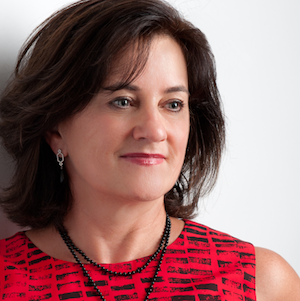 Allonhill lost a contract with the Office of the Currency of the Comptroller in May 2012 since the due diligence firm was inconsistent with the independence requirements for independent consultants.

While the OCC went on record saying the decision does not reflect on the quality of work by Allonhill, the firm took a hit.

Six months later in December 2012, the firm announced it was laying off approximately 140 people to refocus the firm’s efforts on delivering quality and high-end mortgage due diligence and credit risk reviews.

Allon spoke candidly with HousingWire at the time, expressing great sadness over the lay off and explaining it had more to do with a strategic shift away from high volume processing.

However, this is not the first time Allon has left a company after an acquisition.

In the 1990s, Allon founded credit risk management specialist The Murrayhill Company. Murrayhill merged with Clayton Services, Inc. to create Clayton Holdings, Inc. in April of 2005. Allon also sat on the board of directors at Clayton after the merger of the two companies was complete, leaving shortly thereafter.

Meanwhile, Stewart Lender Services recently named John Desmond as director of regulatory compliance and capital markets, where he will be responsible for overseeing the compliance and regulatory aspects of operations within the company.