In June of this year, I raised the fifth recession red flag, putting the housing market in a traditional recession where sales, incomes, jobs, and production would be falling, which is happening now. And unfortunately, one of those productions items is housing completions data — which looks terrible in the latest report.

As someone concerned about the housing inflation story since inventory channels broke to all-time lows in 2020, I am frustrated by this housing completion data. The best way to deal with housing inflation is more supply. If you’re reduced to fighting inflation by demand destruction, you’ve already lost the battle because either you had a massive credit boom, which we didn’t, or you didn’t have enough product supply for the consumer. All housing inventory data points to the second factor.

As you can see below, during the housing bubble years, housing starts, permits, sales, credit, prices and housing completions moved together in 2005 to form the peak of the housing bubble. In the past several years, due to COVID-19 at first, the ability to close homes on time became an issue. Now, I believe that the builders are taking their time to finish the construction of new homes, especially those they haven’t even started, because they know demand will get hit big time with mortgage rates up.

The new home sales market gets hit harder by higher mortgage rates than the existing home market. The new home sale market a much smaller marketplace, but it has an outsized impact on the economy because of construction jobs, big-ticket item purchases, and all the income made building and selling a new home. This is why when I went on CNBC a few months ago, I talked about how we are in a traditional housing recession.

As the housing market worsened, the need to build single-family housing started to disappear. Remember, the builders don’t build homes to lose money; they build homes to make money. They do not care about inventory levels being near record lows in the existing home sales marketplace. That is their competition, so once the demand is hit, they pull back.

NAR total Inventory data: Traditionally, we have 2 million to 2.5 million, currently we are at 1.28 million.

Single-family starts are falling more noticeably, as they should. The builders must protect their profit margins as much as possible during a housing recession. Traditionally what turns this is lower mortgage rates, and that isn’t the case anymore. Mortgage rates being over 7% is a big issue for builders.

Housing starts have held up just a tad better as two-unit construction is still positive for the year and rental vacancy data is still low historically in America. However, if that segment of the economy starts to show softness, as we have seen in some parts of the U.S., the future of housing is that it can fall even more.

Building permits grew just a little month to month due to prior months’ data having negative revisions; even though single-family starts look very weak, the builders haven’t given up on two-unit construction just yet. We have 910,000 two-unit buildings under construction; let’s get these buildings out to fight inflation! If we get rental inflation to fall, that will be a plus for lower mortgage rates in 2023. 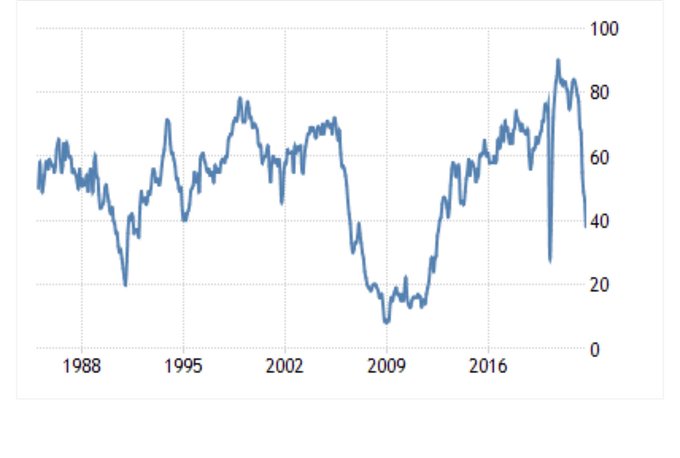 Another way to know things are getting better is by looking at the monthly supply numbers from the new home sales data. My rule of thumb for anticipating builder behavior is based on the three-month average of supply:

The last month’s new home sales report was abnormally strong, driving down monthly supply from 10.9 months to 8.1 months. I wrote that we should take that report with a grain of salt. However, as we can see below, we still have some work to do on the supply front for the builders

With the growth rate of inflation falling, then the Federal Reserve and the bond market can be more productive in getting mortgage rates lower, which will help the housing market with more demand for purchases and refinancing.