America’s rental prices continued to grow in August, as RentCafé indicates the nation’s average rent increased $47 from the previous year.

“August’s trends are a sign of solid demand for multifamily housing in the second quarter, which was supported by low unemployment and a healthy number of household formations,” Jeffcoat said. “Overall, builders and developers are reporting increased confidence in the multifamily market, and demand for new apartment units is still on the rise.”

However, despite August’s strong upward trend, RentCafé notes that the month experienced that slowest rate of growth since February. In fact, 97% of the country’s largest 260 cities saw a seasonal wind-down compared to the previous month.

“The seasonal wind-down is visible across the nation,” RentCafé writes. “253 cities displayed negligible rate changes (between -1% and 1%), three saw their rents dip and only four out of 260 registered increases since July.”

RentCafé indicates that Wichita, Kansas is once again the nation’s most affordable rental market, with an average apartment costing the typical renter $697. This is closely followed by Tulsa and Toledo, Oklahoma where rents sit at $697 and $724, respectively.

Unsurprisingly, rental markets in New York and California continue to boast the most expensive rents in the country. As of August, rents in San Francisco and Boston reached $4,272, and $3,545, respectively.

The image below highlights August’s rent changes in the nation’s top rental markets: 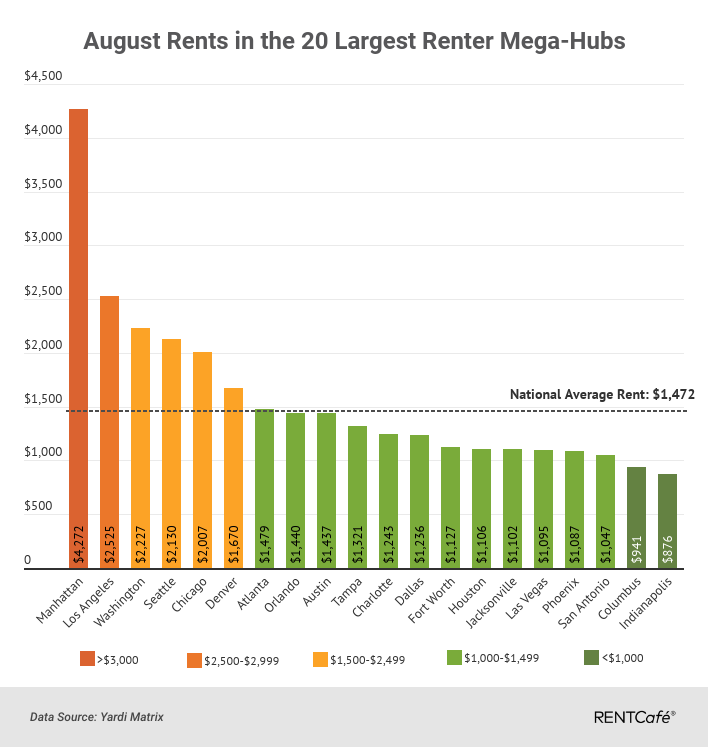 How the Delta variant may impact the housing market

How should you look at data on the housing market to tell if things are returning to normal? HousingWire’s lead analyst answers. HW+ Premium Content

Banks moved to ease lending standards for most mortgage loan products during the second quarter, according to a survey published this week by the Federal Reserve Board