Of the 50 largest markets in the U.S., eight of them saw a weaker occupancy rate in August than in July, while only three saw occupancy below 95%. Conversely, nine saw greater than 97% occupancy in August. 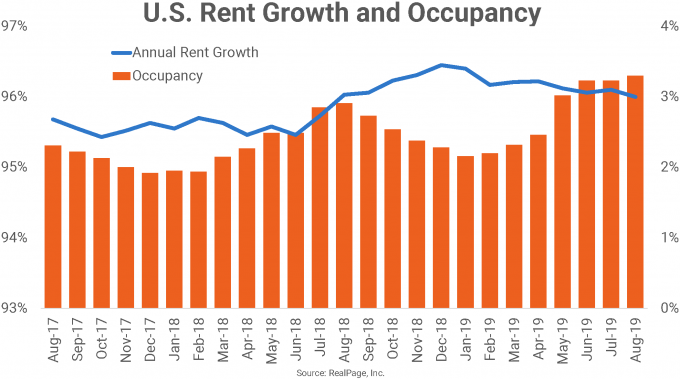 Beyond that, RealPage's report also showed that August was the 12th consecutive month that annual rent growth was at or above 3%, which hasn’t happened since 2016.

Rent growth continues to steadily rise at 3% around the nation, but both rent growth and occupancy overall rose slightly from July to August.

There were 33 major markets that saw annual rent growth rise from its levels in 2018. However, Florida and California saw slowing rent growth.