The U.S. Department of Housing and Urban Development Secretary Ben Carson had a bit of a rough day recently. 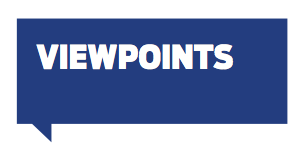 Carson appeared on Capitol Hill to testify before the House Financial Services Committee, and during questioning from the committee member with the most housing knowledge, turned himself into a punchline by confusing a common housing industry term with a cookie.

Yep. You read that right.

During the hearing, Carson was questioned by Rep. Katie Porter, D-Calif., who served as California’s independent monitor in the nationwide $25 billion National Mortgage Settlement from 2012 to 2014 and spent a great deal of time speaking directly to the mortgage industry, such as advocating for how servicers can change the conversation with consumers, before running for Congress.

Porter asked Carson about the disparity between the REO rates of the Federal Housing Administration and those of Fannie Mae and Freddie Mac, but before moving to the meat of her question, asked Carson if he knew what an REO was.

As Porter would explain, REO stands for “real estate owned.” Basically, it’s a home that’s been foreclosed on.

It’s one of those terms that you learn pretty early on when you start working in the housing business.

I’m pretty sure I learned what REO meant on about day three of my time at HousingWire.

Carson has been the secretary of HUD for more than two years and apparently doesn’t know what REO means.

But for many this comes as no surprise, as the controversial start to Carson’s term as HUD secretary was due to his lack of knowledge in the housing sector.

While some experts congratulated the former brain surgeon on his nomination, others were appalled.

At the time, Brandon Friedman, who was the former public relations expert at the department sent out a tweet about what experts at HUD were saying that day:

Like asking “an affordable housing expert to perform brain surgery”

Many were confused about Carson’s nomination to HUD, given his background as a neurosurgeon, and some even went as far as to say the nomination proved the new administration didn’t care about housing.

At the hearing, Porter corrected Carson’s misunderstanding of the term, and proceeded to explain the definition of an REO.

Carson then offered up: “Real estate…?” getting the first two letters of the acronym correct.

But then replied “organization” when asked by Porter what the “O” stands for.

Now, as my colleague Kathleen Howley pointed out in our HousingWire Slack chat, it’s possible that Carson is familiar with the term OREO, as in “other real estate owned,” the term that the Federal Reserve uses for REO properties. Because of that, OREO is also the term that many bankers use when referring to REO properties.

Regardless, the last “O” in that term does not stand for “organization,” and it was fairly clear in the remainder of Porter’s questioning of Carson that the HUD secretary was not familiar with REO, OREO, or any other similar acronym.

“Real estate owned – that’s what happens when a property goes into foreclosure, we call it an REO,” Porter explained to Carson, adopting the college professor persona she learned while studying under Sen. Elizabeth Warren, D-MA, at Harvard. After serving as California mortgage monitor, Porter became a professor of law at the University of California-Irvine.

“FHA loans have much higher REOs, that is, they go into foreclosure rather than into loss mitigation or to non-foreclosure alternatives like short sales, than comparable loans at the GSEs,” Porter continued. “So I’d like to know why we’re having more foreclosures that end in people losing their homes, with stains to their credit and disruption to their communities and their neighborhoods at FHA than we are at the GSEs.”

Carson then offered to have Porter “work with the people who do that” at the FHA. But Porter had an answer for that.

“Well, Mr. Carson, respectfully, that was my day job before I came to Congress. So now, it’s my job to ask you to work with the people,” Porter said.

And that’s really the bottom line here. It’s Carson’s job to lead HUD. That means he’s one of the most powerful and important people in all of housing. And that means he should know the industry terms and what they stand for.

QM, DTI, LTV, TRID, REO, GSE, ARM, PMI, just to name a few. The Secretary of Housing should know what they all mean. Regardless of your politics, I don’t think that’s too much to ask for.

If Carson needs some help learning those acronyms or a bunch of other housing industry terms, he need look no further than his own department’s website.

On HUD.gov, there is literally a page that explains all those little housing industry acronyms: https://www.hud.gov/about/acronyms. The page is titled “COMMON HUD TERMS AND ACRONYMS.”

And there, about three quarters of the way down the page, is “REO,” with the definition: “real estate owned (in reference to defaulted FHA-insured properties).”

Carson, for his part, tried to turn the faux pas around and embrace the Oreo flub.

After finishing his testimony, Carson tweeted out: “OH, REO! Thanks, @RepKatiePorter. Enjoying a few post-hearing snacks. Sending some your way!”

The tweet was accompanied by a picture of Carson holding up a package of Oreos.

And as brands are wont to do these days, Oreo even tried to get in on the “fun,” before quickly seeing the error of its ways.

The tweet was deleted after about an hour (but not before we captured a screen capture of it), probably after someone told the social media team that joking about foreclosures wasn’t the best idea.

With all due respect to Oreos (they’re delicious, after all), maybe it’s best to sit this one out, pal.

But in a later interview with the Hill, Carson defended himself, saying of course he knows what an REO is.

He also said that perhaps the representative’s question was due to her lack of knowledge about the current status of REOs at HUD, saying she was a subject matter expert 10 to 15 years ago. Carson offered to let her meet with HUD employees to gain a better understanding.

“Now we have only about 6,500 and we do everything we can to keep families who are affected from foreclosure,” Carson continued in his response. “That’s why the number is down so low. I think that she obviously is thinking about the way things used to be and has no idea what’s going on now.”