This week, mortgage rates held at a two-year low after the U.S. government avoided a trade war with its neighbors to the south, according to the latest Freddie Mac Primary Mortgage Market Survey.

“Mortgage rates were mostly unchanged from last week due to easing of trade tensions with Mexico which helped stabilize markets,” Freddie Mac Chief Economist Sam Khater said. “These historically low rates should provide continued opportunities for current homeowners to refinance their mortgages – which combined with new homebuyer activity – will help sustain the momentum in the housing market in 2019.”

Lastly, the five-year Treasury-indexed hybrid adjustable-rate mortgage averaged 3.51%, crawling backward from last week’s rate of 3.52%. Unsurprisingly, this rate is much lower than the same time period in 2018 when it averaged 3.83%.

The image below highlights this week's changes: 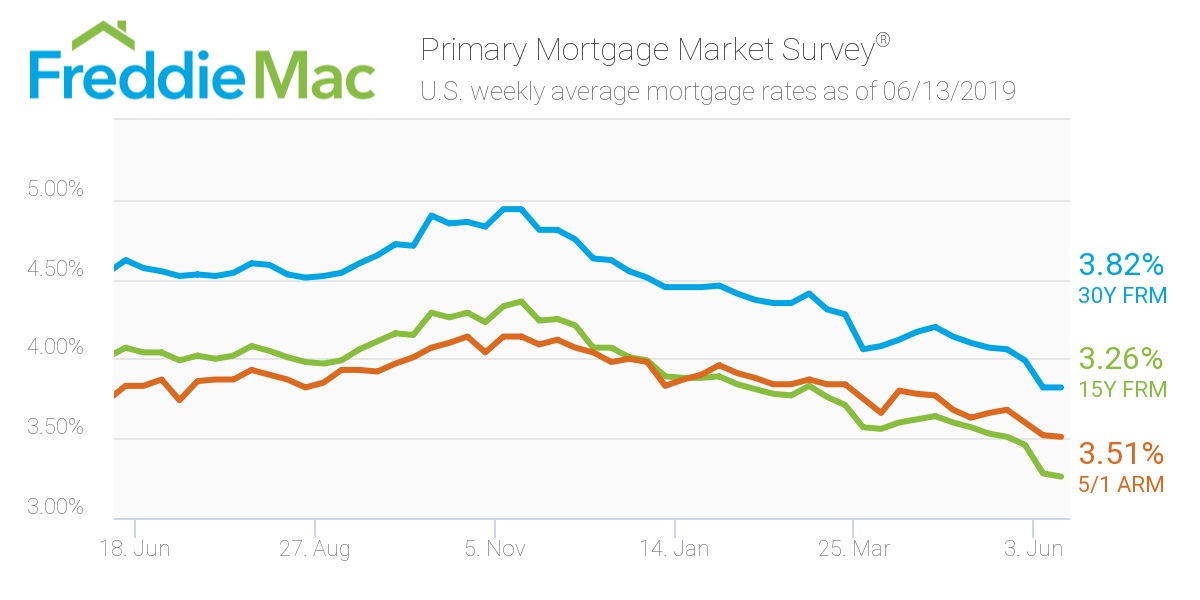