Citing rising risks among the mortgages it is backing, the Federal Housing Administration earlier this year announced that it was changing some of its lending rules to increase the prevalence of manual underwriting.

The idea behind the change is to look more closely at the FHA loans that are being originated in the market to try to lessen the risk facing the FHA’s flagship insurance fund.

And it seems like those changes may be more than warranted because new data released Friday by the FHA shows that the agency appears to be loosening its lending standards and backing loans for increasingly riskier borrowers.

According to the FHA’s quarterly report for its fiscal second quarter (which covers Jan. 1, 2019 through March 31, 2019), the average credit score for an FHA borrower fell to 665 in the second quarter. 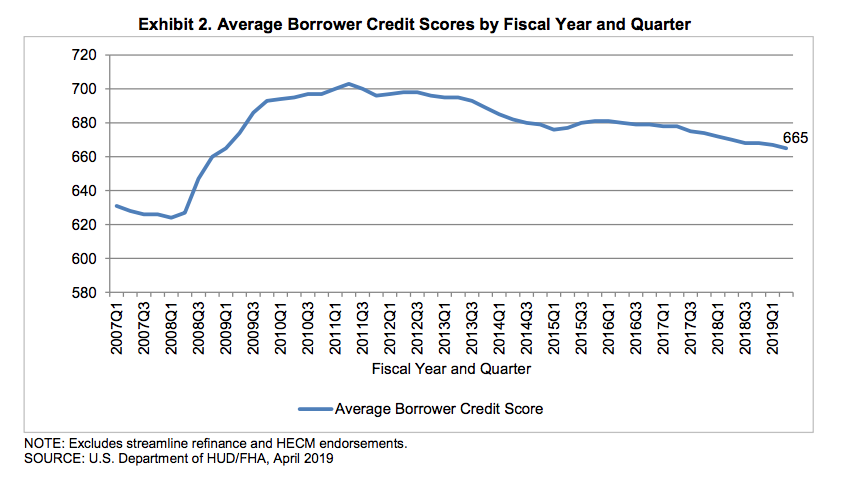 In fact, as the FHA notes in its report, the credit profile of the FHA borrower has shifted over the last several years.

Meanwhile, the share of FHA lending to borrowers with credit scores below 640 has increased to nearly 30%.

“This increase shows a much riskier population of mortgages being endorsed by FHA,” the report states. “Performance of these mortgages will be closely monitored to determine when policy changes should be implemented.”

Beyond that, FHA loans have also seen a sharp increase among loans with high debt-to-income ratios, meaning borrowers are taking on more debt compared to their income level.

According to the FHA report, in 2018, nearly 25% of all FHA purchase mortgages had a DTI ratio above 50%. And that number has been rising for several years, a trend that FHA noted as concerning last year.

But despite noting that concern, the percentage of borrowers with DTIs above 50% continued increasing in the second quarter, climbing to 28% of all FHA purchase loans.

According to the FHA, that’s the highest percentage of high-DTI loans in a single quarter since “at least the year 2000.”

The FHA notes in its report that this increase shows that its loans are getting riskier.

“This is a risk to the MMIF that the FHA is attempting to manage and mitigate through various policy levers,” the FHA said.

As the graph below shows, the FHA’s average DTI has been increasing steadily since the middle of 2017. 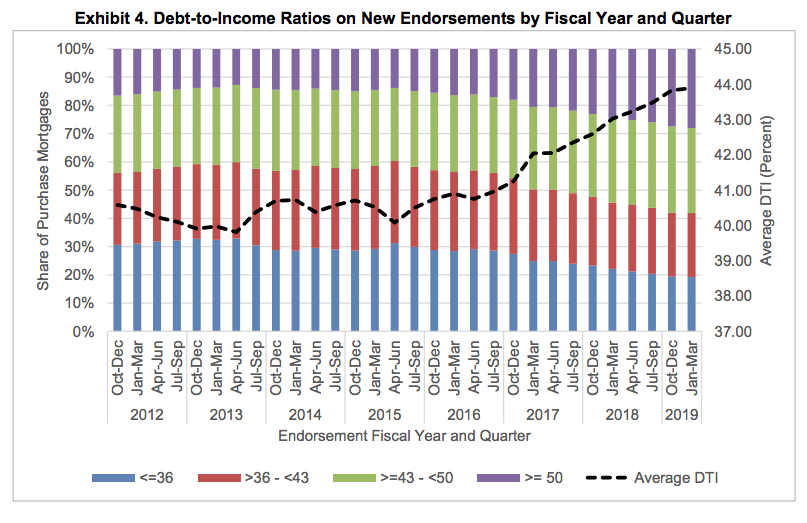 But despite the increasing risks in FHA lending, the loan doesn’t appear to be all that popular.

According to the agency, FHA lending actually fell by nearly 12% in the second quarter. 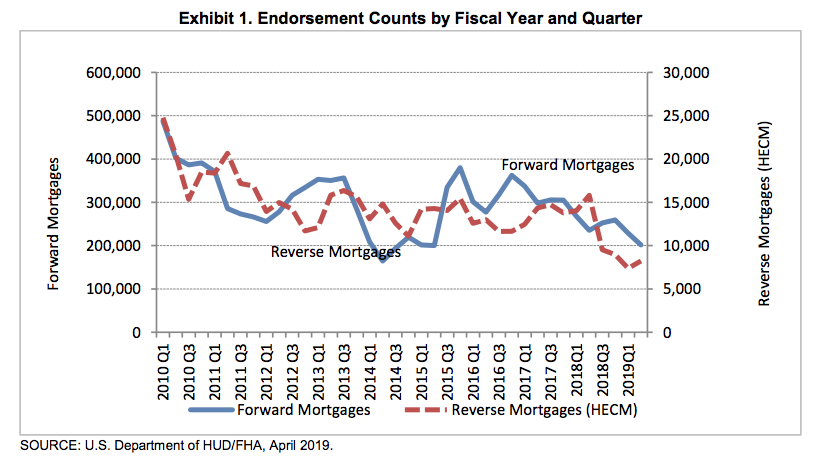 Per the report, the FHA endorsed 201,779 forward mortgages for insurance in the second quarter, a decrease of 11.78% from the prior quarter.

That’s the smallest number of new FHA loans in a quarter since 2015.