The National Employment Report indicates that private sector employment increased by only 27,000 jobs from April to May, according to the ADP Research Institute and Moody’s Analytics.

“Following an overly strong April, May marked the smallest gain since the expansion began,” Yildirmaz said. “Large companies continue to remain strong as they are better equipped to compete for labor in a tight labor market.” 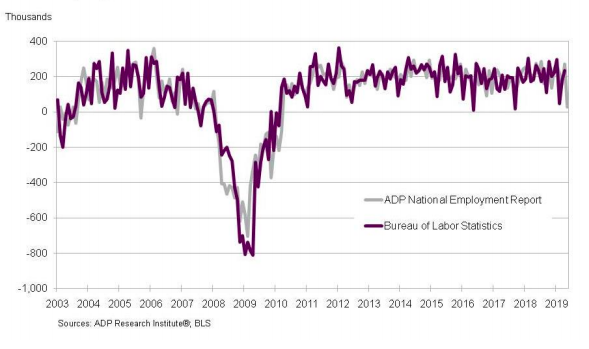 Additionally, the report indicates that construction jobs fell from April, and the goods-producing sector is now predicted to decrease by a whopping 43,000 jobs.

Below is a breakdown of job segments that saw changes in employment between April and May:

The service-providing sector increased by 71,000 jobs, including: