Home prices rose 5.1% in the first quarter from a year earlier, the slowest annualized pace in four years, the Federal Housing Finance Agency said in a report.

“Although price growth is still positive, the upward pace is softening across the country, especially among states with the largest supplies of housing,” said William Doerner, FHFA Supervisory Economist William Doerner. House prices have risen consistently over the last 31 quarters, he said.

Nationally, home prices in all 50 states and the District of Columbia increased since the fourth quarter of last year.

According to FHFA, home prices rose in 95 of the 100 largest metropolitan areas in the U.S. over the last four quarters.

The largest annual price increases were in Boise City Idaho, where prices gained a whopping 16%. However, prices were weakest in Honolulu, where they fell by 4.5%.

Additionally, the report explains across the nine census divisions, the Mountain division once again saw the strongest appreciation growth, climbing 7.2% annually and increasing 1.7% in the first quarter of 2019.

Notably, annual house price appreciation was the weakest in the Pacific division, where house prices rose by only 3.7% year over year. 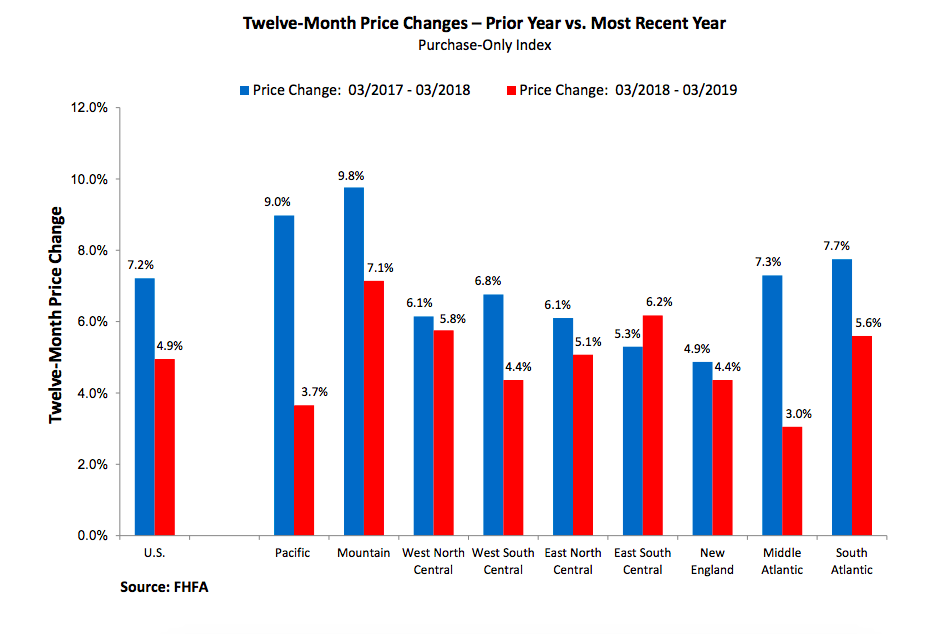